What do you do when the World comes knocking at your door?

In 2014, when University of Wisconsin-Madison engineers announced in the journal Nature Communications that they had developed transparent sensors for use in imaging the brain, researchers around the world took notice.

Then the requests came flooding in. “So many research groups started asking us for these devices that we couldn’t keep up,” says Zhenqiang (Jack) Ma, the Lynn H. Matthias Professor and Vilas Distinguished Achievement Professor in electrical and computer engineering at UW-Madison.

Ma’s group is a world leader in developing revolutionary flexible electronic devices. The see-through, implantable micro-electrode arrays were light years beyond anything ever created.

Although he and collaborator Justin Williams, the Vilas Distinguished Achievement Professor in biomedical engineering and neurological surgery at UW-Madison, patented the technology through the Wisconsin Alumni Research Foundation, they saw its potential for advancements in research. “That little step has already resulted in an explosion of research in this field,” says Williams. “We didn’t want to keep this technology in our lab. We wanted to share it and expand the boundaries of its applications.”

As a result, in a paper published Thursday (Oct. 13, 2016) in the journal Nature Protocols, the researchers have described in great detail how to fabricate and use transparent graphene neural electrode arrays in applications in electrophysiology, fluorescent microscopy, optical coherence tomography, and optogenetics. “We described how to do these things so we can start working on the next generation,” says Ma.

Now, not only are the UW-Madison researchers looking at ways to improve and build upon the technology, they also are seeking to expand its applications from neuroscience into areas such as research of stroke, epilepsy, Parkinson’s disease, cardiac conditions, and many others. And they hope other researchers do the same.

“This paper is a gateway for other groups to explore the huge potential from here,” says Ma. “Our technology demonstrates one of the key in vivo applications of graphene. We expect more revolutionary research will follow in this interdisciplinary field.” 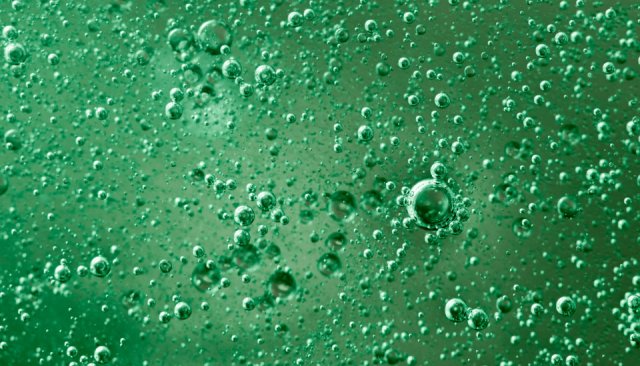 The development of fuel cell technology has been hamstrung by the need for expensive and difficult-to-manufacture catalysts like platinum, rhodium or palladium. But a team of researchers from the University of Wisconsin-Madison believe they’ve found an ingenious alternative that employs a molecular, rather than solid, catalyst.

A fuel cell generates electricity from chemicals by reacting hydrogen and oxygen at its anode and cathode, respectively. Specifically, a catalyst at the anode oxidizes the hydrogen fuel to create free electrons and charged ions. The ions pass through the electrolyte while the electrons pass through a separate wire (to drive an electronic device) and the two recombine in the cathode with oxygen to create water or CO2.

The team, led by Professor Shannon Stahl and lab scientist James Gerken, noticed that the aerobic oxidation reactions they had studied in their previous work closely mimicked the oxygen reaction in fuel cells. To see if this aerobic reaction could work as a fuel cell, they built one using a catalyst composed of nitroxyl and nitrogen oxide molecules to react with its electrode and oxygen. “While this catalyst combination has been used previously in aerobic oxidations, we didn’t know if it would be a good fuel cell catalyst,” Stahl said in a statement. “It turns out that it is the most effective molecular catalyst system ever reported.”

The results are more than impressive. “This work shows for the first time that molecular catalysts can approach the efficiency of platinum,” Gerken continued. “And the advantage of molecules is that you can continue to modify their structure to climb further up the mountain to achieve even better efficiency.”

Protium, the most common isotope of hydrogen. Image: Wikipedia.

Hydrogen fuel cells promise clean cars that emit only water. Several major car manufacturers have recently announced their investment to increase the availability of fueling stations, while others are rolling out new models and prototypes. However, challenges remain, including the chemistry to produce and use hydrogen and oxygen gas efficiently. Today, in ACS Central Science, two research teams report advances on chemical reactions essential to fuel-cell technology in separate papers.

Hydrogen (H2) fuel cells react H2 and oxygen (O2) gases to produce energy. For that to happen, several related chemical reactions are needed, two of which require catalysts. The first step is to produce the two gases separately. The most common way to do that is to break down, or “split,” water with an electric current in a process called electrolysis. Next, the fuel cell must promote the oxidation of H2. That requires reduction of O2, which yields water. The catalysts currently available for these reactions, though, are either too expensive and demand too much energy for practical use, or they produce undesirable side products. So, Yi Cui’s team at Stanford University and James Gerken and Shannon Stahl at the University of Wisconsin, Madison, independently sought new materials for these reactions.

Cui’s group worked on the first reaction, developing a new cadre of porous materials for water splitting. They notably used earth abundant metal oxides, which are inexpensive. The oxides also are very stable, undergoing the reaction in water for 100 hours, significantly better than what researchers have reported for other non-precious metal materials. On the side of oxygen reduction, Gerken and Stahl show how a catalyst system commonly used for aerobic oxidation of organic molecules could be co-opted for electrochemical O2 reduction. Despite the complementary aims, the two studies diverge in their approaches, with the Stanford team showcasing rugged oxide materials, while the UW-Madison researchers exploited the advantages of inexpensive metal-free molecular catalysts. Together these findings demonstrate the power and breadth of chemistry in moving fuel-cell technology forward.

More information: The two papers will be freely available July 15, 2015, at these links: