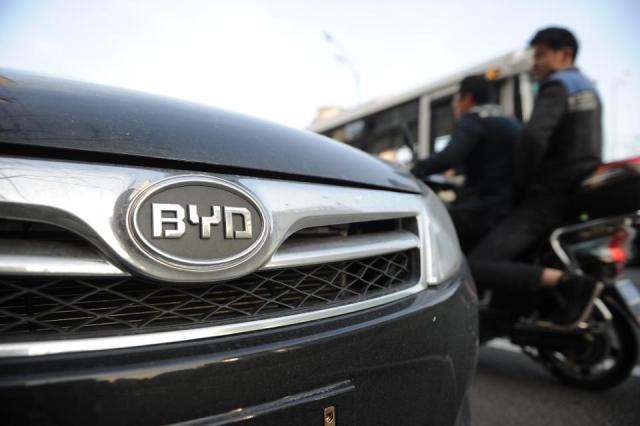 Even those who consider themselves somewhat knowledgeable about the electric vehicle (EV) industry would be hard pressed to name more than a handful of EV battery suppliers.

Most would quickly name Japan’s Panasonic and South Korea’s Samsung and LG Chem, as well as reference the Gigafactoy that Panasonic and Tesla opened this past January in Nevada. A few of the more knowledgeable would also name BYD, a leading electric vehicle manufacturer in China that is also one of the world’s largest battery suppliers.

Other than those names, however, and perhaps one or two other lesser known players, the list would end there.

Nearly everyone would be surprised to learn that there are now more than 140 EV battery manufacturers in China, busily building capacity in order to claim a share of what will become a $240 billion global industry within the next 20 years. As in all things auto, EVs and the batteries that will power them promise to be big industries in China.

The math is simple. Respected auto analysts like those at Bernstein, a Wall Street research and securities firm, are predicting that EVs will account for as much as 40% of global vehicle purchases in 20 years. Since almost 100 million vehicles are produced and sold globally, that means that the annual market for EVs will be 40 million, even if the total global vehicle build does not increase between now and then.

Assuming that battery prices reach parity with the $6,000 cost of an internal combustion engine, a $240 billion battery industry is now in the making. Due to its well-publicized problems combatting air pollution, China will lead the way in EVs, as well as in batteries.

Read more: Why China Is Leading The World’s Boom In Electric Vehicles

In order to meet projected demand, battery cell manufacturing capacity globally will need to increase dramatically, which is why China’s battery makers are aggressively expanding. When Tesla and Panasonic announced in 2014 their plans to build a “Gigafactory” capable of producing 35 Gigawatt hours (GWh) of battery cells every year, that was big news. (A GWh is equal to one million kilowatt hours.) After all, the entire battery capacity in the world at the time was less than 50 GWh. 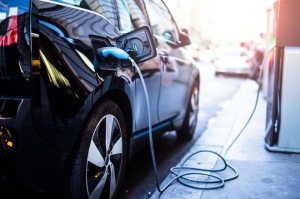 A great deal has changed over the last three years, though. Led by China, battery cell manufacturing capacity has more than doubled to 125 GWh, and is projected to double again to over 250 GWh by 2020. Even that will not be nearly enough. Total cell production capacity will need to increase tenfold from 2020 to 2037, the equivalent of adding 60 new Gigafactories, during that period.

Battery technology originated in Japan; was then further developed by companies in Korea; and is now shifting strongly toward China. China’s cell production already has a larger share of global production than Japan’s, and China’s global market share is projected to rise to more than 70% by 2020. 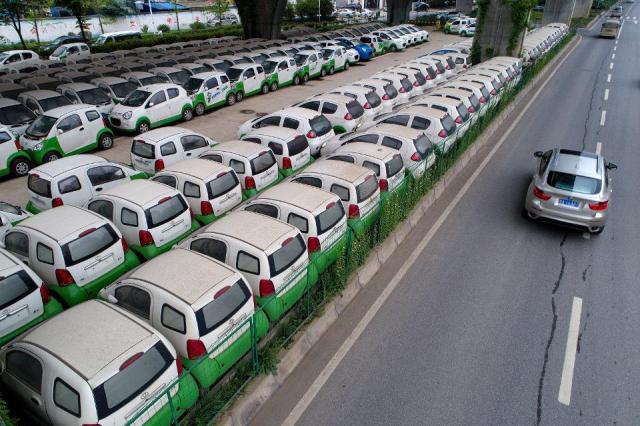 This photo taken on May 22, 2017 shows a car passing new electric vehicles parked in a parking lot under a viaduct in Wuhan, central China’s Hubei province. (STR/AFP/Getty Images)

Rapid market growth for EVs in China, as well as the tendency for Chinese auto assemblers to use homegrown products, augurs well for China’s continued leadership in battery cell manufacturing. According to Roland Berger’s E-mobility Index Q2 2017 report, locally made lithium-ion cells are used in more than 90% of the EVs produced by Chinese manufacturers.

Read more: The Electric Car Market Has A ‘Chicken Or Egg’ Problem — And China Is Solving It

With so many Chinese companies hoping to enter the battery sweepstakes, China’s government is considering policies that will set minimum production capacities for battery manufacturers as a way to further strengthen its position as a global leader. Although not yet official, Beijing would like Chinese manufacturers to have a production volume of at least 3 to 5 GWh per year. Separately, Beijing released draft guidelines at the end of 2016 stipulating that battery manufacturers would need to have at least 8 GWh of production capacity in order to qualify for subsidies. As a signal to the market, the government is planning to back the development of only those battery companies with annual production capacities of 40 GWh or more.

Who the government is championing

While Panasonic is the world’s largest supplier of electric vehicle batteries globally, Chinese companies are catching up.

Based in Shenzhen, BYD — which stands for “Build Your Dream” — is a Hong Kong listed, Chinese car company that in 2016 produced almost 500,000 cars and buses, approximately 100,000 of which were EVs or plug-in hybrids. Consistent with BYD’s strategy of vertical integration, it also has 20 GWh of battery cell capacity and is China’s largest battery maker.

In 2008, a subsidiary of Warren Buffet’s Berkshire Hathaway invested $230 million in BYD, which at the time represented a 10% stake in the company. BYD is now valued in the marketplace at $16.9 billion.

CATL is another leading Chinese battery company. Founded in 2011 and headquartered in Ningde, Fujian province, CATL focuses on the production of lithium-ion batteries and the development of energy storage systems. With manufacturing bases in Qinghai, Jiangsu, and Guangdong provinces, CATL has 7.7 GWh of battery capacity and plans to have battery production capacity of 50 GWh by 2020. Like BYD, CATL is the type of company that the Chinese government wants to support and promote as a national champion.

Other companies to watch are Tianjin based Lishen Battery and Hangzhou’s Wanxiang Group. 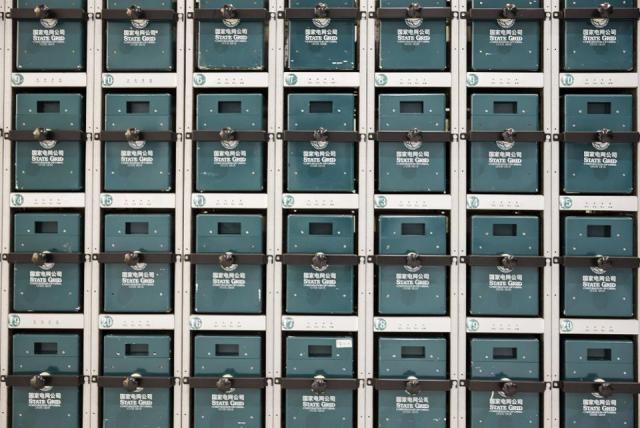 Lishen has production bases in Bejing, Qingdao, Suzhou, Wuhan, Ningbo, Shenzhen and Mianyang, and plans to have 20 GWh of battery cell capacity by 2020. And Wanxiang is one of China’s largest private companies and one of the country’s leading automotive components suppliers. In 1994, Wanxiang established a U.S. company in Elgin, Illinois. Since then, Wanxiang has made over two dozen acquisitions in the United States, including A123, a battery maker that had gone into bankruptcy, in 2013, and Fisker Automotive in 2014.

The flip side to the coming Electric Revolution, of course, is that for every battery pack that is put into a vehicle, one less internal combustion engine is needed. While the growth of EVs will give rise to a large global battery industry, it will also make obsolete the substantial investments that have been made in global engine and engine component capacity.

Watch a Video on the NEW

A New Generation Battery that is: 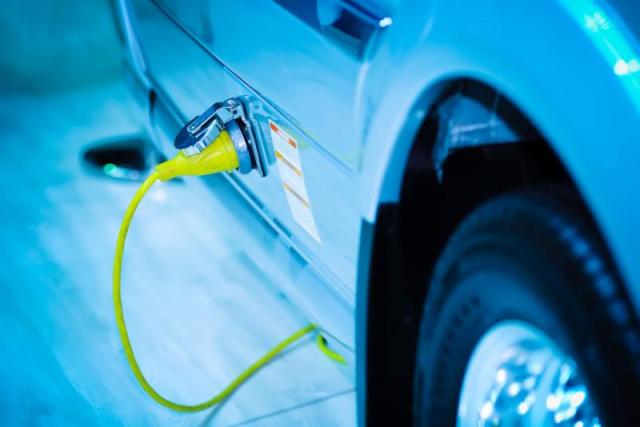 One of the most well-known car companies in the world is placing a big bet on the future of alternative energy.

Volvo announced on Wednesday it would produce every car model with an electric motor starting in 2019.

This move marks the first time a traditional automaker has decided to phase out the use of traditional combustion engines in their vehicles.

Volvo’s portfolio will be comprised of a mix of electrified and hybrid cars across a variety of model ranges.

The company plans on launching the first five fully electric models between 2019 and 2021, which will be supplemented by a mix of petrol and diesel plug in hybrid and mild hybrid 48 volt options on all models, according to the announcement.

Volvo’s goal is to sell an approximate 1 million electrified cars by 2025.

Combustion engines will still be part of Volvo’s cars for 2018, but this decision signifies a real shift in auto manufacturers’ interest in electric and hybrid vehicles as they contend with factors like stricter emissions regulations.

“This is about the customer,” said Håkan Samuelsson, president and chief executive of Volvo, in a statement. “People increasingly demand electrified cars and we want to respond to our customers’ current and future needs. You can now pick and choose whichever electrified Volvo you wish.”

Specific details regarding the models of the electric powered vehicles will be provided at a later date.

A New Generation Battery that is: