Genesis Nanotech Headlines Are Out! Read All About It!

WASHINGTON, DC – The Subcommittee on Commerce, Manufacturing, and Trade, chaired by Rep. Lee Terry (R-NE), today held a hearing on: 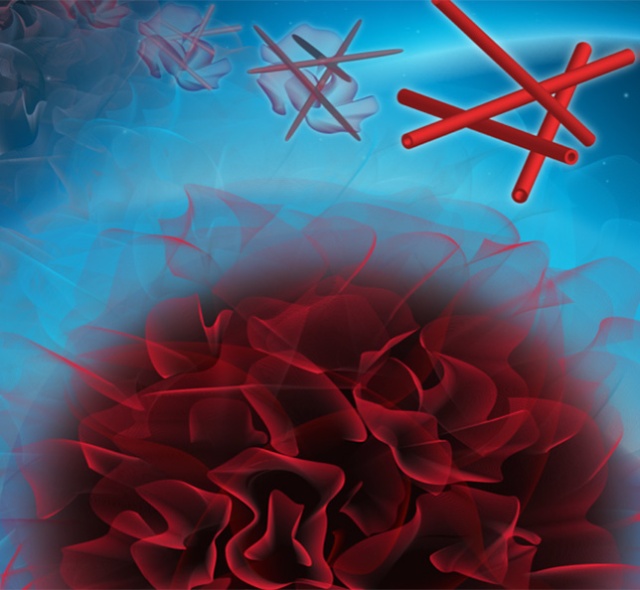 Security forces worldwide rely on sophisticated equipment, trained personnel, and detection dogs to safeguard airports and other public areas against terrorist attacks. A revolutionary new electronic chip with nano-sized chemical sensors is about to make their job much easier.

The groundbreaking nanotechnology-inspired sensor, devised by Prof. Fernando Patolsky of Tel Aviv University’s School of Chemistry and Center for Nanoscience and Nanotechnology, and developed by the Herzliya company Tracense, picks up the scent of explosives molecules better than a detection dog’s nose. Research on the sensor was recently published in the journal Nature Communications.
Existing explosives sensors are expensive, bulky and require expert interpretation of the findings. In contrast, the new sensor is mobile, inexpensive, and identifies in real time–and with great accuracy–explosives in the air at concentrations as low as a few molecules per 1,000 trillion.

A Nano-nose to Compete with a Dog’s

“Using a single tiny chip that consists of hundreds of supersensitive sensors, we can detect ultra low traces of extremely volatile explosives in air samples, and clearly fingerprint and differentiate them from other non-hazardous materials,” said Prof. Patolsky, a top researcher in the field of nanotechnology. “In real time, it detects small molecular species in air down to concentrations of parts-per-quadrillion, which is four to five orders of magnitude more sensitive than any existing technological method, and two to three orders of magnitude more sensitive than a dog’s nose. 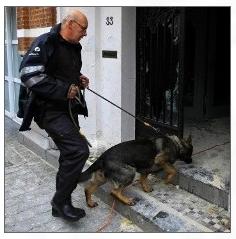 The clusters of nano-sized transistors used in the prototype are extremely sensitive to chemicals, which cause changes in the electrical conductance of the sensors upon surface contact. When just a single molecule of an explosive comes into contact with the sensors, it binds with them, triggering a rapid and accurate mathematical analysis of the material.

“Animals are influenced by mood, weather, state of health and working hours, the oversaturation of olfactory system, and much more,” said Prof. Patolsky. “They also cannot tell us what they smell. Automatic sensing systems are superior candidates to dogs, working at least as well or better than nature. This is not an easy task, but was achieved through the development of novel technologies such as our sensor.”
Technology for a Safer World

The trace detector, still in prototype, identifies several different types of explosives several meters from the source in real time. It has been tested on the explosives TNT, RDX, and HMX, used in commercial blasting and military applications, as well as peroxide-based explosives like TATP and HMTD. The latter are commonly used in homemade bombs and are very difficult to detect using existing technology.

“Our breakthrough has the potential to change the way hazardous materials are detected, and of course should provide populations with more security,” said Prof. Patolsky. “The faster, more sensitive detection of tiny amounts of explosives in the air will provide for a better and safer world.”

Tracense has invested over $10 million in research and development of the device since 2007, and expects to go to market next year. Prof.Patolsky and his team of researchers are currently performing multiple and extensive field tests of prototype devices of the sensor.