The government of Ontario announced yesterday that they have invested $50 million into a new venture capital fund, aimed at stimulating the provinces’ entrepreneurial talent.

Premier Kathleen Wynne was on hand at Toronto-based accelerator Extreme Startups to make the announcement. According to Wynne the fund is necessary to keep high potential, innovative startups form leaving the province. 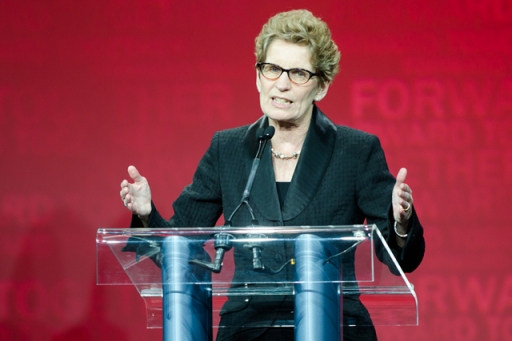 “For Ontario companies to compete on the world stage, our entrepreneurs need access to capital,” said Wynne. “Our new venture capital fund will help unlock more financing opportunities for these emerging startups, creating the next wave of Ontario-made innovations and Ontario-based jobs.”

The federal government is also pitching in with another $50 million, while Ontario will likely get private investors to bring the fund total to over $300 million. It will be managed by a private sector fund manager to be named.

“The fund is part of the government’s plan to foster the right climate to attract investment, support innovation, create jobs and grow Ontario’s economy,” reads the Ontario government’s website.

The new fund will build on the Ontario Venture Capital Fund, created in 2008. The existing fund has raised $750 million in private capital, generated $3.6 billion worth of economic activity and created over 50,000 jobs.

The move comes after the government of Canada announced in mid January that it would provide $400 million in venture capital funding. That decision was highly praised by several VC leaders and bloggers throughout Canada, including iNovia’s Chris Arsenault and Version One Ventures’ Boris Wertz.

For Wynne the moves comes as a needed step forward in insuring that Ontario startups grow in Ontario. “Companies, if they can’t get access to capital here in Ontario, they will go somewhere else,” she said. “We want the best ideas and the most innovative companies to stay right here in Ontario.”