Chemists have devised a potentially major improvement to both the speed and durability of smart glass by providing a better understanding of how the glass works at the nanoscale.

“Smart glass,” an energy-efficiency product found in newer windows of cars, buildings and airplanes, slowly changes between transparent and tinted at the flip of a switch.

“Slowly” is the operative word; typical smart glass takes several minutes to reach its darkened state, and many cycles between light and dark tend to degrade the tinting quality over time. Colorado State University chemists have devised a potentially major improvement to both the speed and durability of smart glass by providing a better understanding of how the glass works at the nanoscale.

They offer an alternative nanoscale design for smart glass in new research published June 3 in Proceedings of the National Academy of Sciences. The project started as a grant-writing exercise for graduate student and first author R. Colby Evans, whose idea — and passion for the chemistry of color-changing materials — turned into an experiment involving two types of microscopy and enlisting several collaborators. Evans is advised by Justin Sambur, assistant professor in the Department of Chemistry, who is the paper’s senior author.

The smart glass that Evans and colleagues studied is “electrochromic,” which works by using a voltage to drive lithium ions into and out of thin, clear films of a material called tungsten oxide. “You can think of it as a battery you can see through,” Evans said. Typical tungsten-oxide smart glass panels take 7-12 minutes to transition between clear and tinted.

The researchers specifically studied electrochromic tungsten-oxide nanoparticles, which are 100 times smaller than the width of a human hair. Their experiments revealed that single nanoparticles, by themselves, tint four times faster than films of the same nanoparticles. That’s because interfaces between nanoparticles trap lithium ions, slowing down tinting behavior. Over time, these ion traps also degrade the material’s performance.

To support their claims, the researchers used bright field transmission microscopy to observe how tungsten-oxide nanoparticles absorb and scatter light. Making sample “smart glass,” they varied how much nanoparticle material they placed in their samples and watched how the tinting behaviors changed as more and more nanoparticles came into contact with each other. They then used scanning electron microscopy to obtain higher-resolution images of the length, width and spacing of the nanoparticles, so they could tell, for example, how many particles were clustered together, and how many were spread apart.

Based on their experimental findings, the authors proposed that the performance of smart glass could be improved by making a nanoparticle-based material with optimally spaced particles, to avoid ion-trapping interfaces.

Their imaging technique offers a new method for correlating nanoparticle structure and electrochromic properties; improvement of smart window performance is just one application that could result. Their approach could also guide applied research in batteries, fuel cells, capacitors and sensors.

“Thanks to Colby’s work, we have developed a new way to study chemical reactions in nanoparticles, and I expect that we will leverage this new tool to study underlying processes in a wide range of important energy technologies,” Sambur said.

Materials provided by Colorado State University. Original written by Anne Manning. Note: Content may be edited for style and length.

A team of researchers working at the Georgia Institute of Technology has developed a type of smart-glass that not only changes color, but creates electricity. They have published a description of their work and the glass they have produced and some ideas on what the new kind of glass might be used for in their paper published in ACS Nano.

Many types of smart-glass have been created, some that display a tint when it gets sunny out, others that change to prevent heat from coming in, etc. In this new effort, the researchers sought to add something new—production of electricity. Realizing that many types of glass are subjected to rain and wind, they sought to find a way to coat a window that would take advantage of triboelectrics—capturing the energy in static electricity that occurs when two materials meet.

They came up with a two layer solution, one layer to capture the energy in raindrops, the other to do the same for wind. In the first layer, the researchers developed nano-sized generators that would take advantage of the positive charge in raindrops that develops as it rubs against air on its way down from clouds and then as it crashes into a car’s windshield. The second layer consisted of a sandwich of two charged sheets of plastic with tiny springs between them. As wind pressure develops on an accelerating vehicle, the plastic sheets are pushed closer together, creating an electric current.

Together the two layers result in a glass that is initially clear, but then develops a blue tint—they also generated as much as 130 milliwatts of electricity per square meter of glass, which the researchers point out, is enough to charge a sleeping smartphone. Moving forward, the team suggests that such types of glass could be used with wireless networks because it is not based on a separate power source. But, before that can happen, the team is looking into ways to store the power that is generated. They think it might be possible to embed see-through super-capacitors in the glass as well. At this time, it is not clear how much glass with all that embedded technology would cost.

Abstract
The self-powered system is a promising concept for wireless networks due to its independent and sustainable operations without an external power source. To realize this idea, the triboelectric nanogenerator (TENG) was recently invented, which can effectively convert ambient mechanical energy into electricity to power up portable electronics.

In this work, a self-powered smart window system was realized through integrating an electrochromic device (ECD) with a transparent TENG driven by blowing wind and raindrops. Driven by the sustainable output of the TENG, the optical properties, especially the transmittance of the ECD, display reversible variations due to electrochemical redox reactions.

The maximum transmittance change at 695 nm can be reached up to 32.4%, which is comparable to that operated by a conventional electrochemical potentiostat (32.6%). This research is a substantial advancement toward the practical application of nanogenerators and self-powered systems.

Scientists in China said on Thursday they had designed a “smart” window that can both save and generate energy, and may ultimately reduce heating and cooling costs for buildings.

Scientists in China have designed a window that can save and generate energy. Photo: Reuters

While allowing us to feel close to the outside world, windows cause heat to escape from buildings in winter and let the sun’s unwanted rays enter in summer.

This has sparked a quest for “smart” windows that can adapt to weather conditions outside.

Today’s smart windows are limited to regulating light and heat from the sun, allowing a lot of potential energy to escape, study co-author Yanfeng Gao of the Chinese Academy of Sciences said.

“The main innovation of this work is that it developed a concept smart window device for simultaneous generation and saving of energy.”

Engineers have long battled to incorporate energy-generating solar cells into window panes without affecting their transparency.

Gao’s team discovered that a material called vanadium oxide (VO2) can be used as a transparent coating to regulate infrared radiation from the sun.

VO2 changes its properties based on temperature. Below a certain level it is insulating and lets through infrared light, while at another temperature it becomes reflective.

A window in which VO2 was used could regulate the amount of sun energy entering a building, but also scatter light to solar cells the team had placed around their glass panels, where it was used to generate energy with which to light a lamp, for example.

“This smart window combines energy-saving and generation in one device, and offers potential to intelligently regulate and utilise solar radiation in an efficient manner,” the study authors wrote in the journal Nature Scientific Reports. 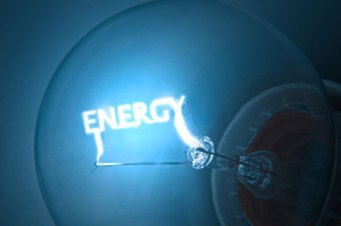 Part of the Behind the Scenes series at the Lawrence Berkeley National Lab, this video highlights the team research on Smart Windows underway at the Lab.  It features Delia Milliron of the Molecular Foundry, Andre Anders of the Accelerator and Fusion Research Division, and Howdy Goudey from the Buildings Energy Efficiency Program.

Dynamic, energy efficient windows can play a huge role in reducing energy consumption, reducing energy costs, and improving lighting and heating conditions in buildings – and the research being done at Berkeley Lab is leading the way.
Produced, directed, and edited by Ivan Berry Camera and production assistance by Cutler Andrus Writing and content development by Paul Preuss