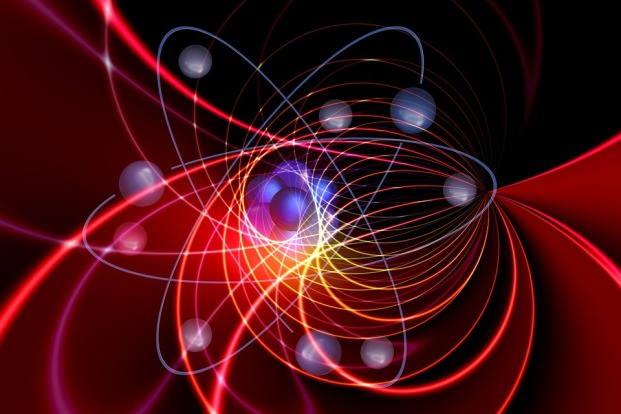 A radar device that relies on entangled photons works at such low power that it can hide behind background noise, making it useful for biomedical and security (stealthy radar) applications.

One of the advantages of the quantum revolution is the ability to sense the world in a new way. The general idea is to use the special properties of quantum mechanics to make measurements or produce images that are otherwise impossible.

Much of this work is done with photons. But as far as the electromagnetic spectrum is concerned, the quantum revolution has been a little one-sided. Almost all the advances in quantum computing, cryptography, teleportation, and so on have involved visible or near-visible light.

Researchers and companies are creating ultra-secure communication networks that could form the basis of a quantum internet. This is how it works.

Today that changes thanks to the work of Shabir Barzanjeh at the Institute of Science and Technology Austria and a few colleagues. This team has used entangled microwaves to create the world’s first quantum radar. Their device, which can detect objects at a distance using only a few photons, raises the prospect of stealthy radar systems that emit little detectable electromagnetic radiation.

The device is simple in essence. The researchers create pairs of entangled microwave photons using a superconducting device called a Josephson parametric converter. They beam the first photon, called the signal photon, toward the object of interest and listen for the reflection.

In the meantime, they store the second photon, called the idler photon. When the reflection arrives, it interferes with this idler photon, creating a signature that reveals how far the signal photon has traveled. Voila—quantum radar!

This technique has some important advantages over conventional radar. Ordinary radar works in a similar way but fails at low power levels that involve small numbers of microwave photons. That’s because hot objects in the environment emit microwaves of their own.

In a room temperature environment, this amounts to a background of around 1,000 microwave photons at any instant, and these overwhelm the returning echo. This is why radar systems use powerful transmitters.

Entangled photons overcome this problem. The signal and idler photons are so similar that it is easy to filter out the effects of other photons. So it becomes straightforward to detect the signal photon when it returns.

Of course, entanglement is a fragile property of the quantum world, and the process of reflection destroys it.  Nevertheless, the correlation between the signal and idler photons is still strong enough to distinguish them from background noise.

The researchers go on to compare their quantum radar with conventional systems operating with similarly low numbers of photons and say it significantly outperforms them, albeit only over relatively short distances.

A big advantage is the low levels of electromagnetic radiation required. “Our experiment shows the potential as a non-invasive scanning method for biomedical applications, e.g., for imaging of human tissues or non-destructive rotational spectroscopy of proteins,” say Barzanjeh and co.

Then there is the obvious application as a stealthy radar that is difficult for adversaries to detect over background noise. The researchers say it could be useful for short-range low-power radar for security applications in closed and populated environments.

University of Waterloo Leads The Way in Canada

partnership with the Institute for Quantum Computing (IQC), is developing the next generation of radar, quantum radar. Professor Zbig Wasilewski, from the Department of Electrical and Computer Engineering, is fabricating the materials for quantum radar.

The two other co-PIs on this project are Professor Jonathan Baugh and Professor Mike Reimer. Professor Baugh is a member of both WIN and IQC, while Professor Reimer main focus is on quantum photonics as a member of IQC.

In April 2018, the Government of Canada announced they would invest $2.7 million in the joint quantum radar project. The state-ofthe-art facilities in Lazaridis Centre make this project possible. Professor Wasilewski’s Molecular Beam Epitaxy (MBE) lab will grow the quantum material to adequate perfection to meet the challenge. The IQC houses the necessary quantum device processing and photonic labs. This ambitious project is not possible at many research institutions in the world. The MBE lab allows Wasilewski to create quantum structures with atomic precision. These materials will in turn form the foundation of the quantum radar. “Many challenges lie ahead,” said Professor Wasilewski. “Building up quantum illumination sources to the scale needed for quantum radar calls for the very best in material growth, nanofabrication and quantum engineering. We have an excellent interdisciplinary team with the diverse expertise needed to tackle all these challenges. It would be hard to assemble a better one in Canada or internationally.”

“We have an excellent interdisciplinary team with the diverse expertise needed to tackle all these challenges. It would be hard to assemble a better one in Canada or internationally.”

Professor Jonathan Baugh said, “By developing a fast, on-demand source of quantum light, we hope to bring techniques like quantum illumination from the lab to the real world. This project would not be possible without the right team, and we are fortunate to have a uniquely strong multidisciplinary collaboration based entirely at Waterloo, one which strengthens ties between WIN and IQC.”

The proposed quantum radar will help operators cut through heavy background noise and isolate objects in Canada’s far north. Standard radar systems are unable to detect stealth aircraft in the high-arctic due to the aurora borealis. This natural phenomenon sends electromagnetic energy at varying wavelengths down to Earth.

It is hypothesized that quantum radar works by separating two entangled light particles. You keep one on earth and send the entangled partner into the sky. If the light particle bounces off of your source and back to your detector you have located a stealth aircraft.

Quantum radar’s viability outside of a lab still needs to be determined. The goal of this project is to demonstrate its capability in the field.

The $2.7 million is being invested under the Department of National Defence’s All Domain Situational Awareness (ADSA) Science and Technology program.