Siemens Energy will operate the unique €170m facility in a remote part of French Guiana, which will provide 10MW of power during the day and 3MW at night.

A unique baseload renewables project that combines the world’s largest hydrogen power plant with a 16MW electrolyser, a 3MW fuel cell, 55MW of solar panels and 20MW/38MWh of batteries has begun construction in French Guiana.

The set-up will enable the Centrale Électrique de l’Ouest Guyanais (CEOG) project to provide 10MW of baseload renewable power from 8am-8pm and 3MW from 8pm-8am.

The variable power from the solar panels will be sent to the grid during the day, with the batteries smoothing the output and extending it into the evening as the sun goes down. Excess solar power during the day will be converted into green hydrogen using the electrolyser, with up to 88MWh of hydrogen stored, and its energy converted back into electricity using the fuel cell, primarily at night.

Because French Guiana — situated in northern South America, but technically a region of both France and the EU — is close to the equator, it has around 12 hours of daylight throughout the year, ensuring that the solar output and therefore operation of the project will remain fairly constant all year round.

The project is in a remote part of northwestern French Guiana, and the electricity will be injected into the local grid under a 25-year capacity contract with French utility EDF.

“This project is not only currently the largest power plant project in the world to store intermittent renewable energy using hydrogen, it is highly innovative,” said Meridiam CEO Thierry Déau. “It will stimulate local economic activity and contribute to positive environment and social impacts.”

Ambroise Fayolle, vice-president of the European Investment Bank, which provided a €25m loan to the project, added: “This project, combining a photovoltaic plant with innovative storage technologies including hydrogen systems, illustrates very well how climate change issues may find efficient answers through innovative solutions of energy production and storage.

“For the European Union and its climate bank, it is very important to support the deployment of very advanced renewable energy technologies that can be adapted to the specific characteristics of each territory.”

Although construction started on 30 September, it is not due to be fully commissioned until 2024.

According to a recent World Bank report, the price of power from the project will be lower or at least the same as local diesel-fired electricity.

Hydrogen Refueling Solutions (HRS) has announced that it has received an order from Total for the supply and installation of a hydrogen station at the site of one of its customers.

A European designer and manufacturer of hydrogen fueling stations, HRS is a success
story. Recently listed on the stock exchange, the Iserise company has just formalized an order related to the supply and installation of a hydrogen station for one of the total group’s customers. 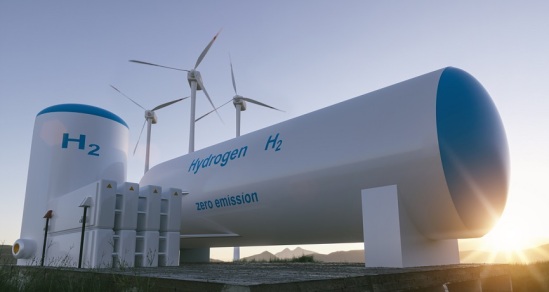 A hydrogen station delivered by June 2021

If hrS does not specify the location of this future station, it says it will be delivered and commissioned by June 2021.
Specially designed to meet the needs of Total’s teams, this station will be able to distribute up to 200 kilograms of hydrogen per day. Accessible to all types of vehicles, it will offer two levels of pressure: 350 and 700 bars. With a storage capacity of 190 kilos, it can be easily dismantled and transported.