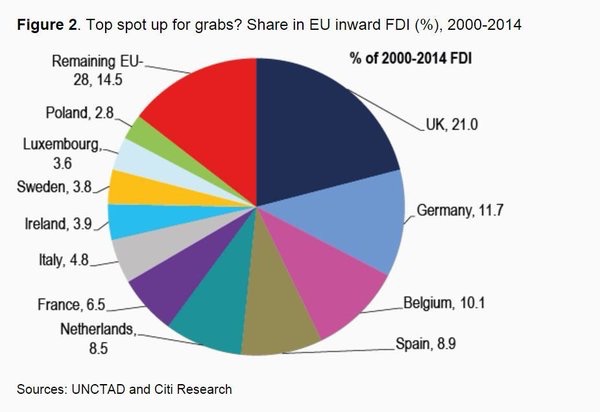 Funding for British research and innovation is only one reason.

Passions are running high ahead of this Thursday’s vote on Britain’s continued membership in the European Union, with the “Brexit” campaign issuing overwrought warnings of five million Turks poised to invade, while the “Bremain” camp—including the government—warns of economic disaster if the country leaves.

It’s just the kind of mudslinging battle that calm, rational scientists normally avoid.
But the British research community sees Brexit as a serious threat to funding and innovation, so it hasn’t stood silently on the sidelines. Polls say 83 percent of British scientists oppose Brexit.

Many have spoken out: in March all 159 Fellows of the Royal Society at the University of Cambridge called the move “a disaster for British science,” mainly because it would stop young scientists from migrating freely within Europe. A report by the House of Lords reported in April that “the overwhelming balance of opinion from the UK science community” opposed Brexit.

Why? Partly because the EU funds a lot of science and technology research for its member countries, with 74.8 billion euros budgeted from 2014 to 2020. Brexiters say British taxpayers should simply keep their contribution and spend it at home.

They’d take a serious loss if they did. Britain punches above its weight in research, generating 16 percent of top-impact papers worldwide, so its grant applications are well received in Brussels. Between 2007 and 2013, it paid 5.4 billion euros into the EU research budget but got 8.8 billion euros back in grants. 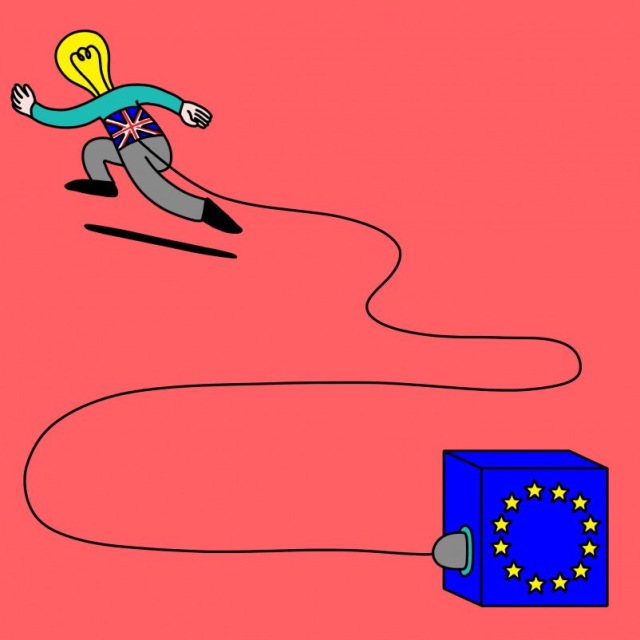 British labs depend on that for a quarter of public research funds, a share that has increased in recent years. A cut in that funding after Brexit could drag down every field in which British research is prominent—which is most of them.

“EU support catalyzes international collaboration.” The EU funds research partly to boost European integration: for most programs you need collaborators in other EU countries to get a grant. This isn’t a bad thing, as collaborative work tends to mean more and higher-impact publications.

Brexiters argue that Britain can continue to participate in EU research from outside, under an “association agreement.” Several non-EU countries, like Norway and Tunisia, do that. Would it work for a major research nation?
Ask the Swiss. They are not in the EU, but in 2004 they allowed free movement of people to and from the EU, partly to qualify for EU research programs. In 2014, under the same anti-immigration pressure that pushed Britain to the Brexit vote, 50.3 percent of Swiss voted to repeal that. At the time, no one mentioned how this might affect science.

But Swiss students were summarily dropped from the EU’s Erasmus University exchange program, which is much used by young scientists. Swiss labs are major participants in EU science—one leads its flagship Human Brain Project—and the research ministry stepped in to rescue work stranded as EU funding was abruptly withdrawn. Brussels agreed to give the Swiss temporary “partial association,” with access to some programs mainly for basic research.

That will end in February, however, and the EU insists that for full association, Switzerland, like Norway, must agree to the free movement of people—putting the Swiss back where they started. Without full association, it will have to pay its own way to participate in EU research projects.

“There is no reason to think the U.K. would do any better,” says Athene Donald of Cambridge’s Cavendish Laboratory and the European Research Council. To get an association agreement and EU research funds, Britain would have to agree to free movement of people from the EU, the very thing most Brexiters object to most.

And then the EU-funded science would cost more. Association countries pay into the EU research budget and then compete for joint projects. This takes more admin than simply competing as a dues-paying member, and the country must pay extra for that, making the science some 20 percent more expensive, researchers estimate. Britain would also lose its right, as an EU member, to help decide how the money is spent.

The economic impact of losing access to EU-funded science has not been lost on the Swiss. Polls in May found that now only 21 percent think free movement is a bad thing. Campaigners are organizing another referendum.
Karlheinz Meier, of the University of Heidelberg in Germany, runs the neuromorphic-computing platform for the Human Brain Project, based in Heidelberg—and in Manchester, England.

If Brexit happens, he expects Britain to find some way to keep participating. “They won’t destroy their research collaboration with Europe,” he says. “It would be crazy.”

But Britain may not have much choice. British chancellor George Osborne said last week that he would have to slash public spending to pay for the costs of Brexit, estimated to total $100 billion by 2020. That, he says, would include hitherto untouchable budgets for health care. Science seems likely to be even more vulnerable to cuts.

High-tech British companies, including Rolls-Royce and BT, have come out against Brexit, as has Coadec, a confederation of small digital startups. All need the single market and common regulations to cut costs, plus free movement—especially for programmers.

Other R&D players made their views clear at hearings in the House of Lords. The EU runs the world’s most advanced magnetic-containment fusion experiments. The JET reactor, in England, has given British physicists and engineers a unique edge in the technology, the U.K. Atomic Energy Agency told the Lords. If the next phase in this program, the ITER reactor in France, ever delivers fusion power, it will take longer without the Brits. We would all lose.

The EU’s 3.3-billion-euro Innovative Medicines Initiative is not now open to the Swiss. The pharmaceutical industry, the largest business investor in British R&D, told the Lords it fears Brexit will mean British labs will follow. Britain is a major player in pharmaceutical research; that means slower progress towards badly needed new drugs.

SMEs (Small-Medium-Enterprises) across the country may soon be able to benefit from more funding to support their export-based projects, the federal government announced last week.

Prime Minister Stephen Harper announced last week that the government plans to launch a new $50 million, five-year export market development program. The fund would provide direct financial assistance in the form of non-repayable contributions to entrepreneurs seeking to export to emerging markets for the first time.

Applicants would be required to contribute matching costs. Eligible activities under the fund would include participation in trade fairs and missions, and market research. Between 500 and 1,000 exporters are expected to receive funding from the program each year.

“Small and medium-sized enterprises (SMEs) represent 99% of all businesses in Canada and account for nearly 90% of jobs in the private sector,” read the government’s press release. “However, SMEs face greater challenges accessing financing for a variety of reasons, including having little or no credit history, few tangible assets to use as collateral and more volatile sales and earnings. This is even more so for businesses looking to export in emerging markets.”

Details such as a potential launch date and the name of the fund have yet to be announced. The government has indicated, however, that it plans to move forward with the program on an expedited basis.

The Prime Minister also announced last week an expansion of the Canadian Trade Commissioner Service (TCS) representing $42 million over the first five years and $9.25 million in ongoing support thereafter. This funding will support the deployment of an estimated additional twenty Trade Commissioners to target priority markets. The TCS provides export advice and guidance to entrepreneurs.

*** Note To Readers: Excellent ‘Slide Share‘ detailing the current and future applications of nanotechnology into ‘everyday life’, ergo .. many successful commercial applications. Of course (IOHO), the ability to bring down the current costs of nano-materials and to produce them on a scale to ‘enable’ many of these nano-applications is KEY.  Cheers! BWH

In the coming years, nanotechnology is set to play a pivotal role in various industry segments. The evolving technology has already influenced a large number of industrial segments, and the economic activity generated from it has been high in magnitude and wide in scope. The nanotechnology-based products, which have had a huge impact on almost each industrial sector, are now entering the consumer market in a big way. As per the findings of our latest report, increased applications of the technology in sectors like electronics, cosmetics, and defense, would propel the growth of the global nanotechnology market, which is anticipated to expand at a CAGR of about 19% during 2011-2014.

According to “Nanotechnology Market Forecast to 2014”, electronic companies are finding new ways of incorporating nanotechnology into consumer products like music systems and mobile phones in order to improve their processing capabilities. Similarly, the technology could help improve cosmetics by changing their physical properties. We also observed that the use of nanotechnology in defense technologies provides enhanced performance at lower cost. Besides, the budding technology has revolutionalized dental care as it decreases the healing time and improves the Osseo-integration during dental implant. Our report discusses in detail these application areas and the key market trends.

Though nanomaterials would continue to dominate the nanotechnology market in the coming years, nano devices, comprising nanolithographic tools for manufacturing the next generation semi-conductors, are estimated to grow at a much faster rate than nanomaterials in near future. The crucial country-level analysis, included in the comprehensive research, identified that the US is the world’s most prominent nanotechnology market and will continue to enjoy the biggest pie of the global industry.

Besides this, our report covers the global R&D funding for the nanotechnology including break-up for corporate, public and venture capital funding along with their forecast. The regional analysis of different types of funding has also been covered for the present and future. The report even covers country-level analysis of R&D funding to provide in-depth understanding about investment related to nanotechnology.

With a view to providing a balanced outlook of the global nanotechnology market to clients, our report also includes the profiles of key industry players, like Altair, Nanophase Tech and Nanosys, among others. Overall, the objective of the study is to help clients understand the prospects of the industry, and make sound investment decisions in view of those.

The Nanotechnology Opportunity Report (NOR) 2008, 3rd Edition (click for more information) provides the most comprehensive report on the economic impact of nanotechnologies Cientifica has released to date.

The report contains over 1,000 pages, several thousand figures and tables, and offers full market forecasts for the key industrial sectors impacted by nanotech, including: