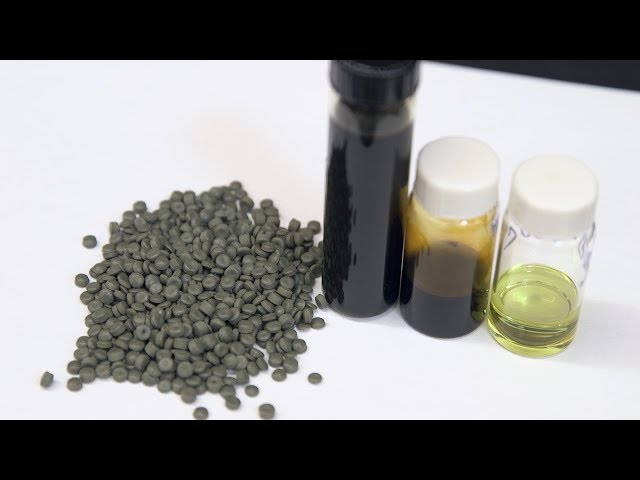 One of the biggest problems facing the Earth’s environment right now is the abundance of plastic waste. An estimated 5 billion tons of plastic is collecting in landfills or filling the oceans, and if not addressed, it will plague the decades to come by degrading into toxic chemicals, polluting the land and sea and destroying the habitats of wildlife. As scientific research looks for a solution, one possible option is trying to turn the waste into a usable fuel source.

A groups of chemists from Purdue University have developed a new process that can convert common types of plastic into a fuel similar to gasoline and diesel. Their research, recently published in ACS Sustainable Chemistry and Engineering, details how polypropylene, which is often found in toys, medical devices, and food packaging, can be converted into a fuel pure enough to be used in motor vehicles.

The researchers explain that their conversion process uses supercritical water, or water that has the characteristics of both a liquid and a gas based on pressure and temperature conditions. Specifically, they heated water until it was between 716 and 932 degrees Fahrenheit, with pressures that were 2,300 times that found at sea level. It was discovered that purified polypropylene would turn into oil when added to this mix, with the conversion process taking less than an hour at 850 degrees Fahrenheit.

Polypropylene is said to make up roughly a quarter of the world’s 5 billion tons of plastic waste, but lead researcher Linda Wang believes their new process could convert 90% of polypropylene into fuel. There’s no word on how or when this conversion process might be widely implemented, but Wang says the recycling industry should be motivated to move quickly, as the fuel it produces can be sold for a profit.