Let’s pretend, for a moment, that the climate doesn’t matter. That we’re completely ignoring the connection between carbon dioxide, the Earth’s atmosphere, the greenhouse effect, global temperatures, ocean acidification, and sea-level rise. From a long-term point of view, we’d still need to plan for our energy future. Fossil fuels, which make up by far the majority of world-wide power today, are an abundant but fundamentally limited resource. Renewable sources like wind, solar, and hydroelectric power have different limitations: they’re inconsistent. There is a long-term solution, though, that overcomes all of these problems: nuclear fusion. 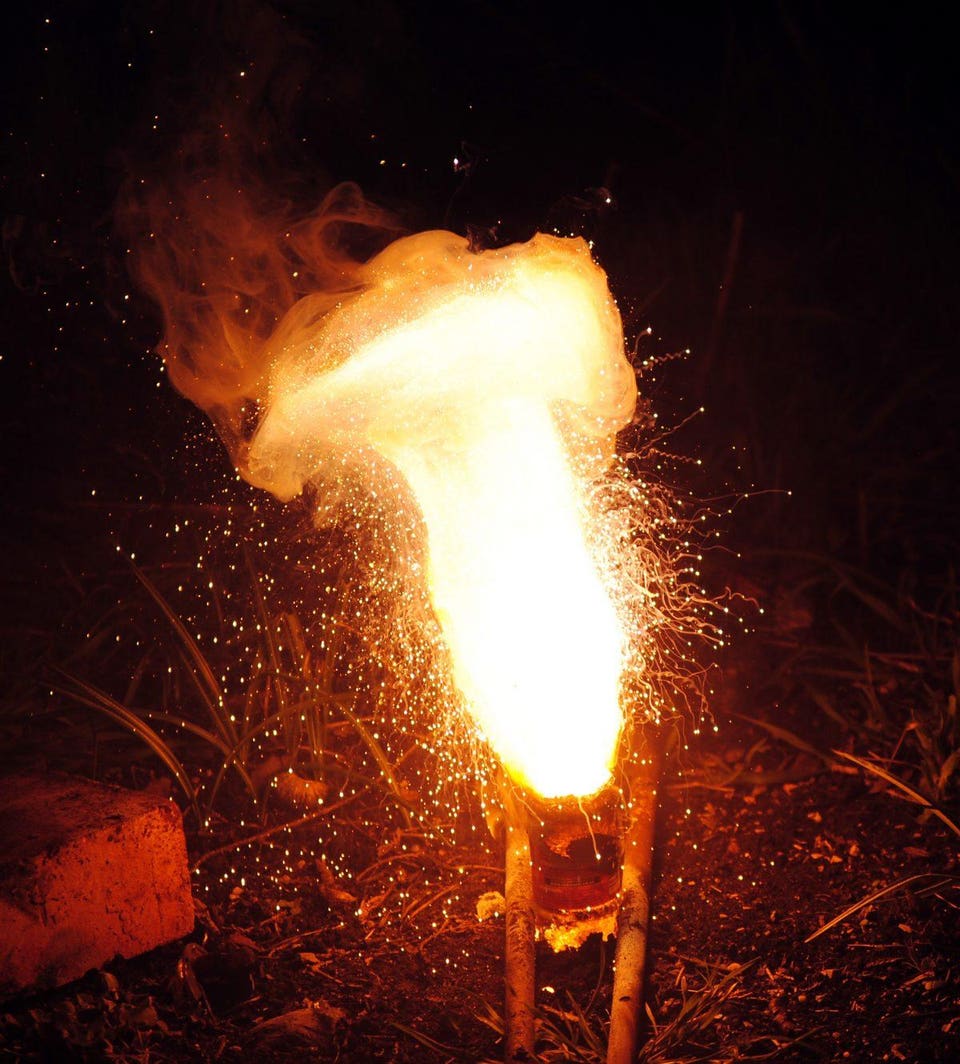 Even the most advanced chemical reactions, like combusting thermite, shown here, generate about a million times less energy per unit mass compared to a nuclear reaction.NIKTHESTUNNED OF WIKIPEDIA

It might seem that the fossil fuel problem is obvious: we cannot simply generate more coal, oil, or natural gas when our present supplies run out. We’ve been burning pretty much every drop we can get our hands on for going on three centuries now, and this problem is going to get worse. Even though we have hundreds of years more before we’re all out, the amount isn’t limitless. There are legitimate, non-warming-related environmental concerns, too. 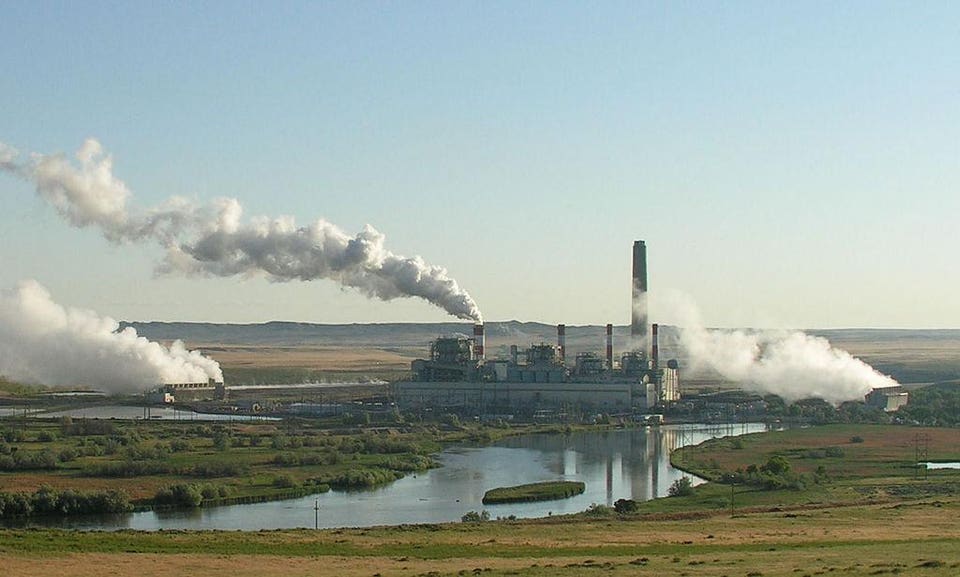 Even if we ignored the CO2-global climate change problem, fossil fuels are limited in the amount Earth contains, and also extracting, transporting, refining and burning them causes large amounts of pollution.GREG GOEBEL

The burning of fossil fuels generates pollution, since these carbon-based fuel sources contain a lot more than just carbon and hydrogen in their chemical makeup, and burning them (to generate energy) also burns all the impurities, releasing them into the air. In addition, the refining and/or extraction process is dirty, dangerous and can pollute the water table and entire bodies of water, like rivers and lakes. 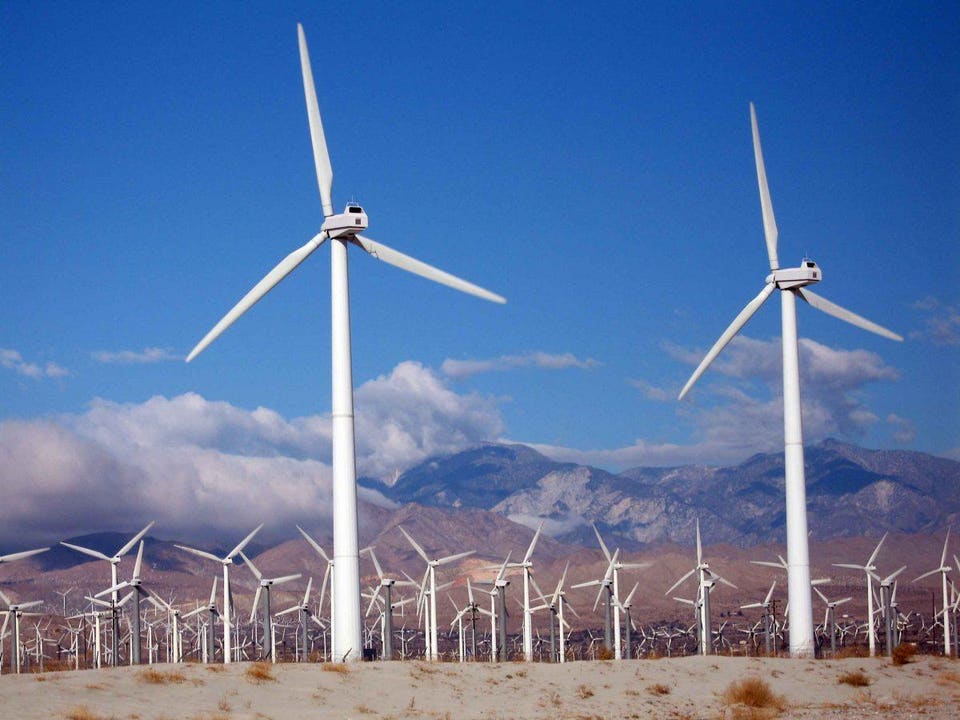 Wind farms, like many other sources of renewable energy, are dependent on the environment in an inconsistent, uncontrollable way.WINCHELL JOSHUA, U.S. FISH AND WILDLIFE SERVICE

On the other hand, renewable energy sources are inconsistent, even at their best. Try powering your grid during dry, overcast (or overnight), and drought-riddled times, and you’re doomed to failure. The sheer magnitude of the battery storage capabilities required to power even a single city during insufficient energy-generation conditions is daunting. Simultaneously, the pollution effects associated with creating solar panels, manufacturing wind or hydroelectric turbines, and (especially) with creating the materials needed to store large amounts of energy are tremendous as well. Even what’s touted as “green energy” isn’t devoid of drawbacks. 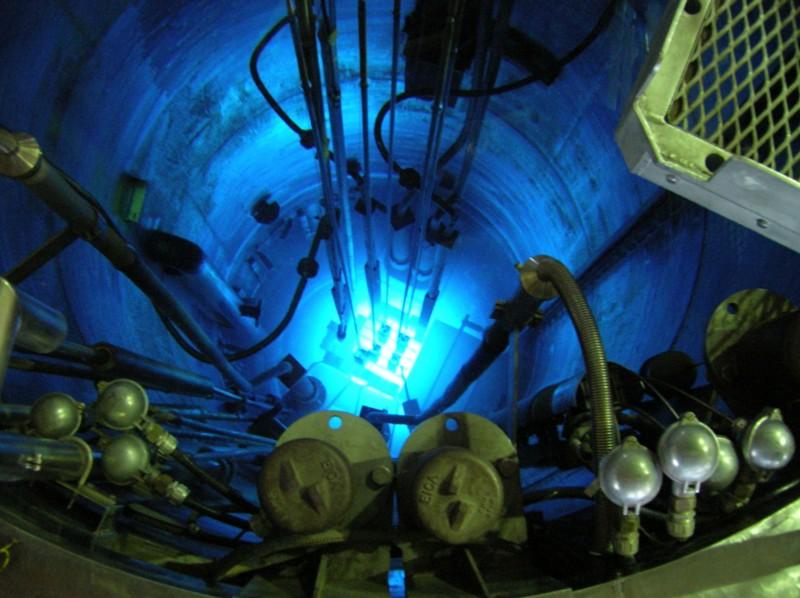 But there is always the nuclear option. That word itself is enough to elicit strong reactions from many people: nuclear. The idea of nuclear bombs, of radioactive fallout, of meltdowns, and of disasters like Chernobyl, Three Mile Island, and Fukushima — not to mention residual fear from the Cold War — make “NIMBY” the default position for a large number of people. And that’s a fear that’s not wholly without foundation, when it comes to nuclear fission. But fission isn’t the only game in town.

In 1952, the United States detonated Ivy Mike, the first demonstrated nuclear fusion reaction to occur on Earth. Whereas nuclear fission involves taking heavy, unstable (and already radioactive) elements like Thorium, Uranium or Plutonium, initiating a reaction that causes them to split apart into smaller, also radioactive components that release energy, nothing involved in fusion is radioactive at all. The reactants are light, stable elements like isotopes of hydrogen, helium or lithium; the products are also light and stable, like helium, lithium, beryllium or boron. 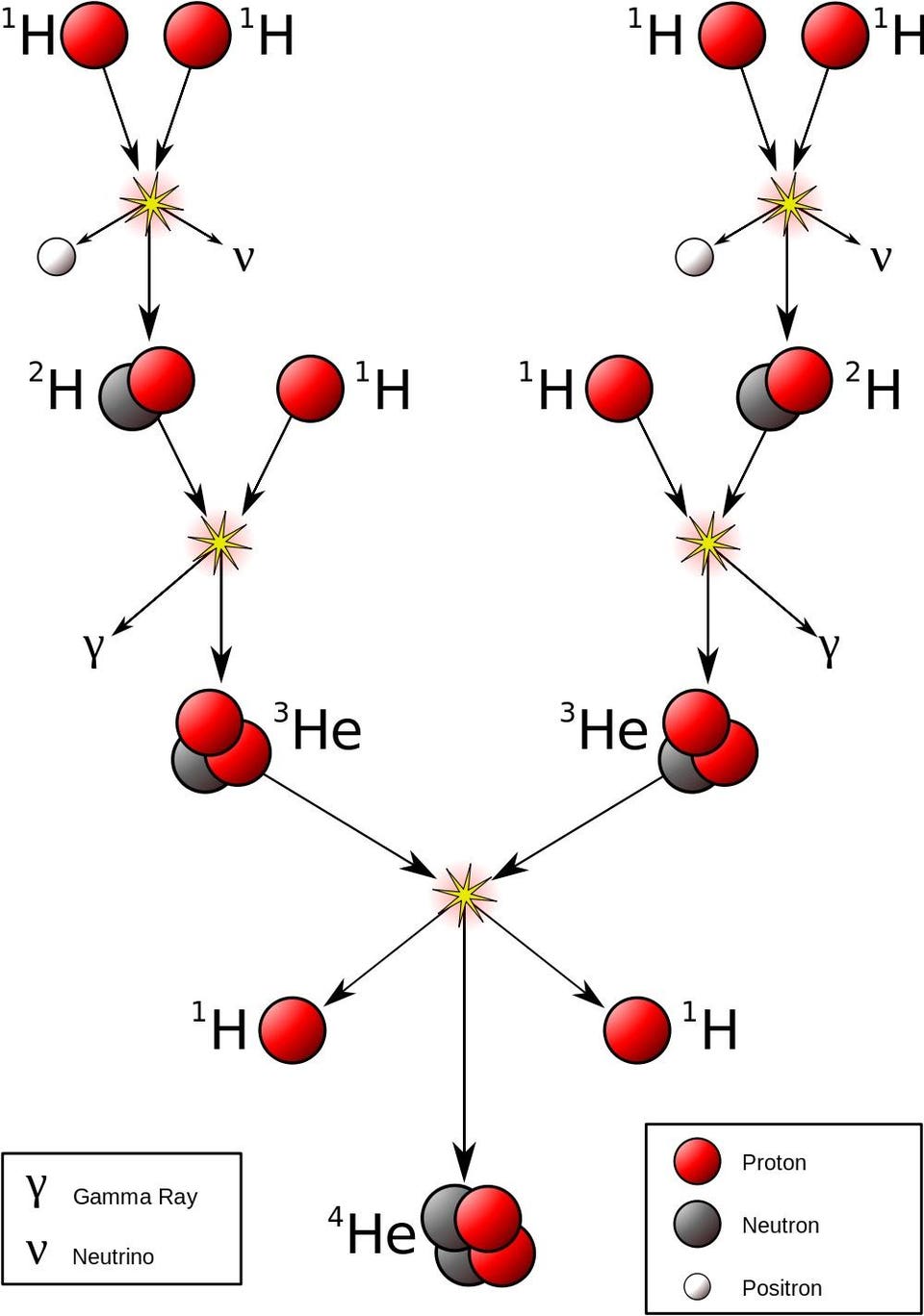 The proton-proton chain responsible for producing the vast majority of the Sun’s power is an example of nuclear fusion.BORB / WIKIMEDIA COMMONS

The first two have been researched for decades now, and are the closest to the coveted breakeven point. But the latter two are new, with the last one gaining many new investors and start-ups this decade. 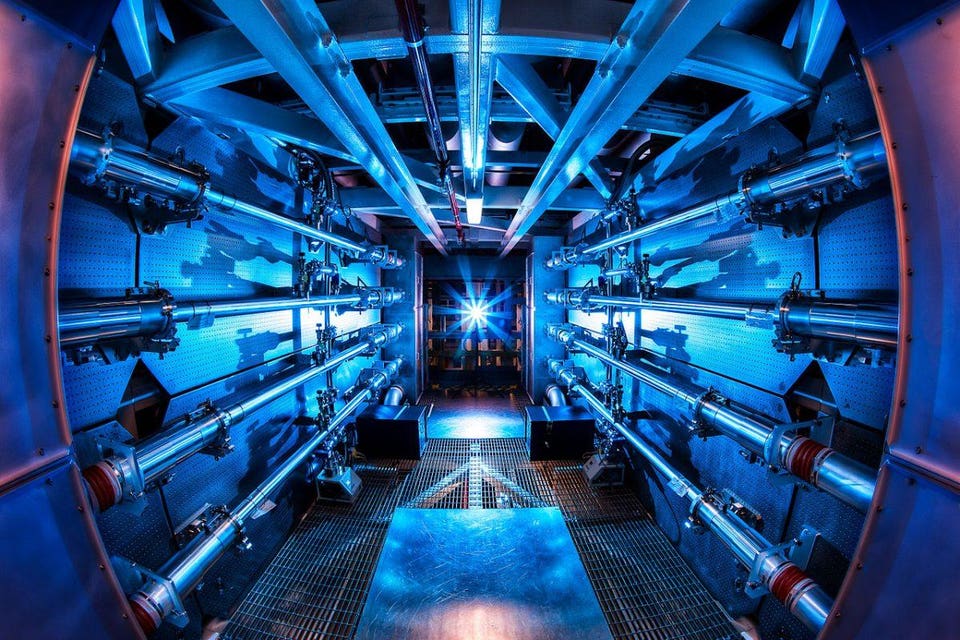 The preamplifiers of the National Ignition Facility are the first step in increasing the energy of laser beams as they make their way toward the target chamber. NIF recently achieved a 500 terawatt shot – 1,000 times more power than the United States uses at any instant in time.DAMIEN JEMISON/LLNL

Even if you reject climate science, the problem of powering the world, and doing so in a sustainable, pollution-free way, is one of the most daunting long-term ones facing humanity. Nuclear fusion as a power source has never been given the necessary funding to develop it to fruition, but it’s the one physically possible solution to our energy needs with no obvious downsides. If we can get the idea that “nuclear” means “potential for disaster” out of our heads, people from all across the political spectrum just might be able to come together and solve our energy and environmental needs in one single blow. If you think the government should be investing in science with national and global payoffs, you can’t do better than the ROI that would come from successful fusion research. The physics works out beautifully; we now just need the investment and the engineering breakthroughs.