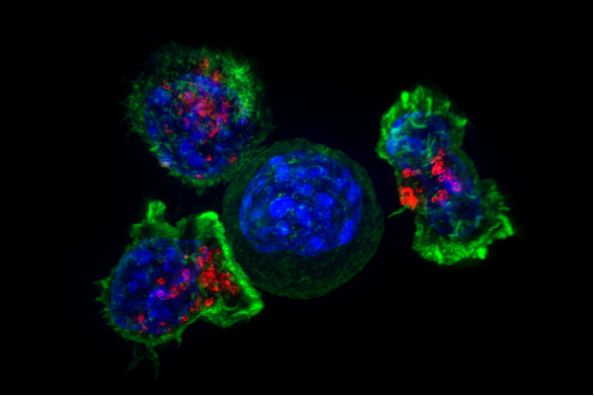 A new cancer therapy using nanoparticles to deliver a combination therapy direct to cancer cells could be on the horizon, thanks to research from the University of East Anglia.

The new therapy, which has been shown to make breast cancer and prostate cancer tumours more sensitive to chemotherapy, is now close to entering clinical trials.

And scientists at UEA’s Norwich Medical School have confirmed that it can be mass-produced, making it a viable treatment if proved effective in human trials.

Using nanoparticles to get drugs directly into a tumour is a growing area of cancer research. The technology developed at UEA is the first of its kind to use nanoparticles to deliver two drugs in combination to target cancer cells.

The drugs, already approved for clinical use, are an anti-cancer drug called docetaxel, and fingolimod, a multiple sclerosis drug that makes tumours more sensitive to chemotherapy.

And while docetaxel is used to treat many cancers, particularly breast, prostate, stomach, head and neck and some lung cancers, its toxicity can also lead to serious side effects for patients whose tumours are chemo-resistant.

Because the nanoparticles developed by the UEA team can deliver the drugs directly to the tumour site, these risks are vastly reduced. In addition, the targeted approach means less of the drug is needed to kill off the cancer cells.

“So far nobody has been able to find an effective way of using fingolimod in cancer patients because it’s so toxic in the blood,” explains lead researcher, Dr. Dmitry Pshezhetskiy from the Norwich Medical School at UEA.

“We’ve found a way to use it that solves the toxicity problem, enabling these two drugs to be used in a highly targeted and powerful combination.”

The UEA researchers worked with Precision NanoSystems’ Formulation Solutions Team who used their NanoAssemblr technology to investigate if it was possible to synthesise the different components of the therapy at an industrial scale.

Following successful results on industrial scale production, and a published international patent application, the UEA team is now looking for industrial partners and licensees to move the research towards a phase one clinical trial.

Also included within the nanoparticle package are molecules that will show up on an MRI scan, enabling clinicians to monitor the spread of the particles through the body.

The team has already carried out trials in mice that show the therapy is effective in reducing breast and prostate tumours. These results were published in 2017.

“Significantly, all the components used in the therapy are already cleared for clinical use in Europe and the United States,” says Dr. Pshezhetskiy. “This paves the way for the next stage of the research, where we’ll be preparing the therapy for patient trials.”

Explore further: Lipid molecules can be used for cancer growth 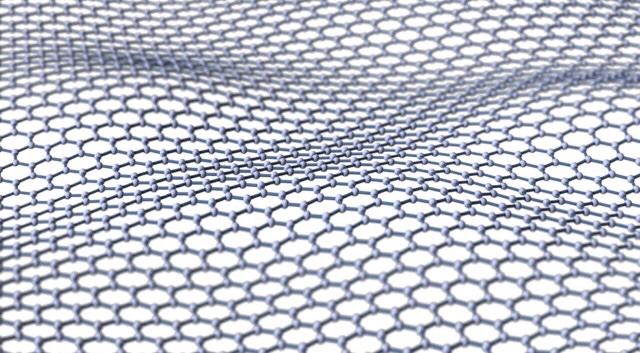 You hear a lot about the shortcomings of lithium-ion batteries, mostly related to the slow rate of capacity improvements. However, they’re also pretty expensive because of the required lithium for cathodes. Sodium-ion batteries have shown some promise as a vastly cheaper alternative, but the performance hasn’t been comparable. With the aid of lasers and graphene, researchers may have developed a new type of sodium-ion battery that works better and could reduce the cost of battery technology by an order of magnitude.

The research comes from King Abdullah University of Science and Technology (KAUST) in Saudi Arabia. Much of the country’s water comes from desalination, so there’s a lot of excess sodium left over. Worldwide, sodium is about 30 times cheaper than lithium, so it would be nice if we could use that as a battery cathode. The issue is that standard graphite anodes don’t hold onto sodium ions as well as they do lithium.

The KAUST team looked at a way to create a material called hard carbon to boost sodium-ion effectiveness. Producing hard carbon usually requires a complex multi-step process that involves heating samples to more than 1,800 degrees Fahrenheit (1,000 Celsius). That effectively eliminates the cost advantage of using sodium in batteries. The KAUST team managed to create something like hard carbon with relative ease using graphene and lasers.

It all starts with a piece of copper foil. The team applied a polymer layer composed of urea polymides. Researchers blasted this material with a high-intensity laser to create graphene by a process called carbonization. Regular graphene isn’t enough, though. While the laser fired, nitrogen was added to the reaction chamber. Nitrogen atoms end up integrated into the material, replacing some of the carbon atoms. In the end, the material is about 13 percent nitrogen with the remainder carbon.

Making anodes out of this “3D graphene” material offers several advantages. For one, it’s highly conductive. The larger atomic spacing makes it better for capturing sodium ions in a sodium-ion battery, too. Finally, the copper base can be used as a current collector in the battery, saving additional fabrication steps.

It’s still not as potent as lithium-ion, but these lower cost cells could become popular for applications where high-performance lithium-ion tech isn’t necessary. Your phone will run on lithium batteries for a bit longer. 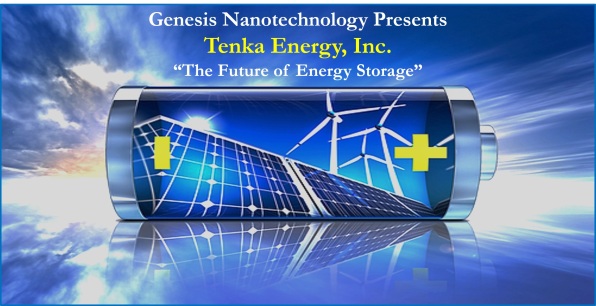