Electric cars are among the products that stand to benefit from new lithium-ion cells that could store as much as 40% more energy. A BMW i Vision Dynamics concept electric automobile, made by BMW AG, on display in September. PHOTO: SIMON DAWSON/BLOOMBERG

The batteries that power our modern world—from phones to dronesto electric cars—will soon experience something not heard of in years: Their capacity to store electricity will jump by double-digit percentages, according to researchers, developers and manufacturers.

The next wave of batteries, long in the pipeline, is ready for commercialization. This will mean, among other things, phones with 10% to 30% more battery life, or phones with the same battery life but faster and lighter or with brighter screens. We’ll see more cellular-connected wearables. As this technology becomes widespread, makers of electric vehicles and home storage batteries will be able to knock thousands of dollars off their prices over the next five to 10 years. Makers of electric aircraft will be able to explore new designs.

There is a limit to how far lithium-ion batteries can take us; surprisingly, it’s about twice their current capacity. The small, single-digit percentage improvements we see year after year typically are because of improvements in how they are made, such as small tweaks to their chemistry or new techniques for filling battery cells with lithium-rich electrolyte. What’s coming is a more fundamental change to the materials that make up a battery. 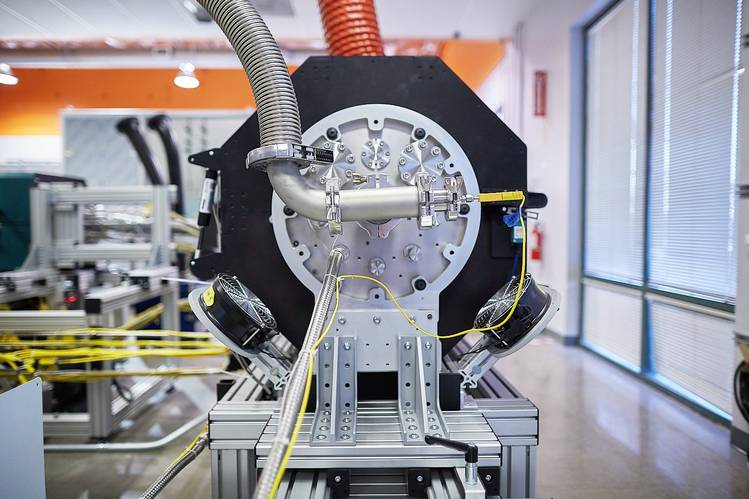 First, some science: Every lithium-ion battery has an anode and a cathode. Lithium ions traveling between them yield the electrical current that powers our devices. When a battery is fully charged, the anode has sucked up lithium ions like a sponge. And as it discharges, those ions travel through the electrolyte, to the cathode.

Typically, anodes in lithium-ion batteries are made of graphite, which is carbon in a crystalline form. While graphite anodes hold a substantial number of lithium ions, researchers have long known a different material, silicon, can hold 25 times as many.

The trick is, silicon brings with it countless technical challenges. For instance, a pure silicon anode will soak up so many lithium ions that it gets “pulverized” after a single charge, says George Crabtree, director of the Joint Center for Energy Storage Research, established by the U.S. Department of Energy at the University of Chicago Argonne lab to accelerate battery research.

Current battery anodes can have small amounts of silicon, boosting their performance slightly. The amount of silicon in a company’s battery is a closely held trade secret, but Dr. Crabtree estimates that in any battery, silicon is at most 10% of the anode. In 2015, Tesla founder Elon Musk revealed that silicon in the Panasonic-made batteries of the auto maker’s Model S helped boost the car’s range by 6%.

Now, some startups say they are developing production-ready batteries with anodes that are mostly silicon. Sila Nanotechnologies,Angstron Materials , Enovix and Enevate, to name a few, offer materials for so-called lithium-silicon batteries, which are being tested by the world’s largest battery manufacturers, car companies and consumer-electronics companies. 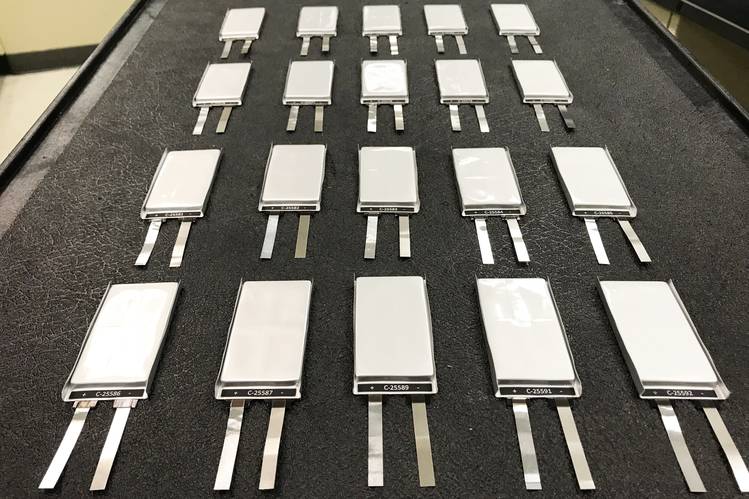 For Sila, in Alameda, Calif., the secret is nanoparticles lots of empty space inside. This way, the lithium can be absorbed into the particle without making the anode swell and shatter, says Sila Chief Executive Gene Berdichevsky. Cells made with Sila’s particles could store 20% to 40% more energy, he adds.

Dr. Crabtree says this approach is entirely plausible, though there’s a trade-off: By allowing more room inside the anode for lithium ions, manufacturers must produce a larger anode. This anode takes up more space in the battery, allowing less overall space to increase capacity. This is why the upper bound of increased energy density using this approach is about 40%.

The big challenge, as ever, is getting to market, says Dr. Crabtree.

Sila’s clients include BMW and Amperex Technology , one of the world’s largest makers of batteries for consumer electronics, including both Apple ’s iPhone and Samsung ’s Galaxy S8 phone.

China-based Amperex is also an investor in Sila, but Amperex Chief Operating Officer Joe Kit Chu Lam says his company is securing several suppliers of the nanoparticles necessary to produce lithium-silicon batteries. Having multiple suppliers is essential for securing enough volume, he says. 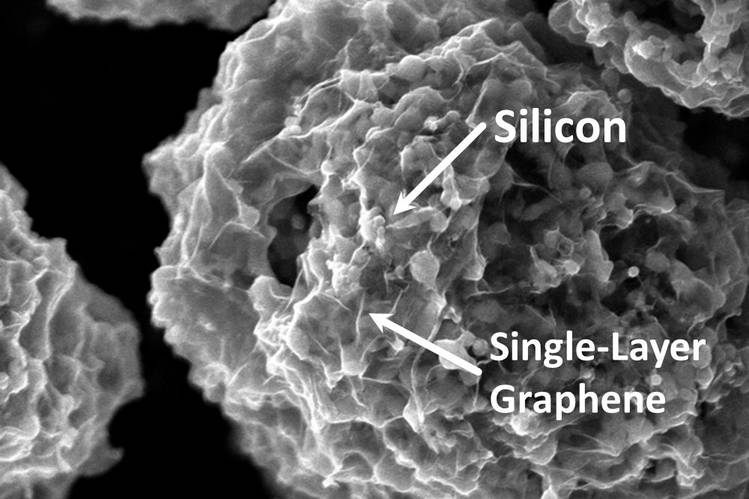 The first commercial consumer devices to have higher-capacity lithium-silicon batteries will likely be announced in the next two years, says Mr. Lam, who expects a wearable to be first. Other companies claim a similar timetable for consumer rollout.

BMW plans to incorporate Sila’s silicon anode technology in a plug-in electric vehicle by 2023, says a company spokesman. BMW expects an increase of 10% to 15% in battery-pack capacity in a single leap. While this is the same technology destined for mobile electronics, the higher volumes and higher safety demands of the auto industry mean slower implementation there. In 2017, BMW said it would invest €200 million ($246 million) in its own battery-research center.

Enovix, whose investors include Intel and Qualcomm, has pioneered a different kind of 3-D structure for its batteries, says CEO Harrold Rust. With much higher energy density and anodes that are almost pure silicon, the company claims its batteries would contain 30% to 50% more energy in the size needed for a mobile phone, and two to three times as much in the size required for a smartwatch.

The downside: producing these will require a significant departure from the current manufacturing process.

Even though it’s a significant advance, to get beyond what’s possible with lithium-silicon batteries will require a change in battery composition—such as lithium-sulfur chemistry or solid-state batteries. Efforts to make these technologies viable are at a much earlier stage, however, and it isn’t clear when they’ll arrive.

Meanwhile, we can look forward to the possibility of a thinner or more capable Apple Watch, wireless headphones we don’t have to charge as often and electric vehicles that are actually affordable. The capacity of lithium-ion batteries has increased threefold since their introduction in 1991, and at every level of improvement, new and unexpected applications, devices and business opportunities pop up.

Appeared in the March 19, 2018, print edition as ‘Battery Life Powers Ahead Toward Sizable Gains.’

One comment on “Is This the Battery Boost We’ve Been Waiting For?”