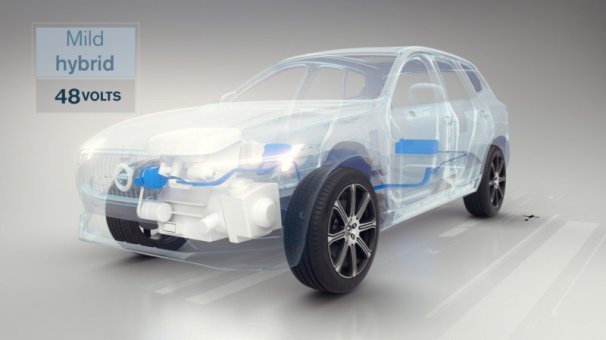 Volvo Cars has been in the news recently in relation to their announcement this Wednesday on their decision to leave the internal combustion engine only based automotive industry.   The Chinese-European company announced that from 2019 all their vehicles will be either pure electric or hybrid electric. In this way it has been argued the company is making a bold move towards electrification of vehicles. Volvo to capture potential market in China The company will launch a pure electric car in 2019 and that is a great move indeed, considering that the company has been owned by Chinese vehicle manufacturer Geely since 2010.

The Chinese electric vehicle market has been booming in the last years reaching a sales level of 350,000 plug-in EVs (pure electric and plug-in hybrid electric cars) in 2016. The Chinese plug-in EV market grew 300% from 2014 to 2015 but cooled down to 69% growth in 2016 vs 2015, still pushing a triple digit growth in pure electric cars. The Chinese government has announced that in 2017 sales will reach 800,000 NEV  (new energy vehicles including passenger and bus, both pure electric and hybrid electric).   IDTechEx believes that China will not make it to that level, but will definitely push the figures close to that mark.

We think that the global plug-in electric vehicle market will surpass 1 million sales per year for the first time at the end of 2017.   Until recently this market has been mostly dominated by Chinese manufacturers, being BYD the best seller of electric cars in the country with 100,000 plug-in EVs sold in 2016. Tesla polemically could not penetrate the market but in 2016 sold around 11,000 units.

Whilst the owner of Volvo Cars, Geely, is active in China selling around 17,000 pure electric cars per year, it might be that Volvo has now realized that they can leverage on their brand in the Chinese premium market to catch the huge growth opportunity in China and need to participate as soon as possible.   More information on market forecasts can be found in IDTechEx Research’s report Electric Vehicles 2017-2037: Forecasts, Analysis and Opportunities. 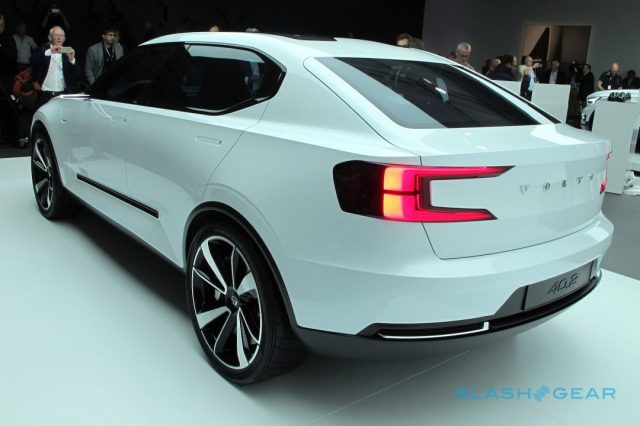 The 48V platform is being adopted by many automotive manufacturers, not only Volvo. OEMs like Continental developed this platform to provide a “bridge technology”  towards full EVs for automotive manufacturers, providing 6 to 20 kW electric assistance. By comparison, a full hybrid system typically offers 20-40-kW and a plug-in hybrid, 50-90 kW.   Volvo had already launched the first diesel plug-in hybrid in 2012 and the company will launch a new plug-in hybrid platform in 2018 in addition to the launch of the 2019 pure electric vehicle platform.   Going only pure electric and plug-in hybrid electric would be really revolutionary.   See IDTechEx Research’s report Mild Hybrid 48V Vehicles 2017-2027 for more information on 48V platforms. 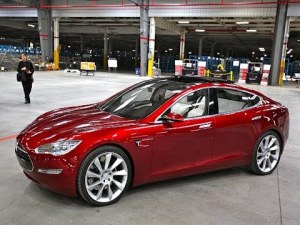 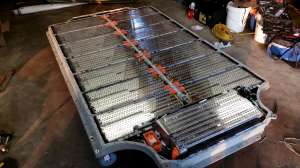 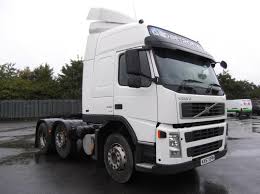 A radical move would be to drop diesel engines On-road diesel vehicles produce approximately 20% of global anthropogenic emissions of nitrogen oxides (NOx), which are key PM and ozone precursors.   Diesel emission pollutions has been confirmed as a major source of premature mortality. A recent study published in Nature  by the Environmental Health Analytics LLC and the International Council on Clean Transportation both based in Washington, USA found that whilst regulated NOx emission limits in leading markets have been progressively tightened, current diesel vehicles emit far more NOx under real-world operating conditions than during laboratory certification testing. The authors show that across 11 markets, representing approximately 80% of global diesel vehicle sales, nearly one-third of on-road heavy-duty diesel vehicle emissions and over half of on-road light-duty diesel vehicle emissions are in excess of certification limits.   These emissions were associated with about 38,000 premature deaths globally in 2015.

The authors conclude that more stringent standards are required in order to avoid 174,000 premature deaths globally in 2040.   Diesel cars account for over 50 percent of all new registrations in Europe, making the region by far the world’s biggest diesel market. Volvo Cars, sells 90 percent of its XC 90 off roaders in Europe with diesel engines.   “From today’s perspective, we will not develop any more new generation diesel engines,” said Volvo’s CEO Hakan Samuelsson told German’s Frankfurter Allgemeine Zeitung in an interview .   Samuelsson declared  that Volvo Cars aims to sell 1 million “electrified” cars by 2025, nevertheless he refused to be drawn on when Volvo Cars will sell its last diesel powered vehicle.

Goldman Sachs believes  a regulatory crackdown could add 300 euros ($325) per engine to diesel costs that are already some 1,300 euros above their petrol-powered equivalents, as carmakers race to bring real NOx emissions closer to their much lower test-bench scores. Scandinavia’s vision of a CO2-free economy Volvo’s decision should also be placed in a wider context regarding the transition to an environmentally sustainable economy.

Scandinavia’s paper industry has made great strides towards marketing itself as green and eco-aware in the last decades, so much so that countries like Norway have tripled the amount of standing wood in forests compared to 100 years ago. Energy supply is also an overarching theme, with each one of the four Scandinavian countries producing more than 39% of their electricity with renewables (Finland 39%, Sweden and Denmark 56%, Norway 98%). Finally, strong public incentives have made it possible for electric vehicles to become a mainstream market in Norway, where in 2016, one in four cars sold was a plug-in electric, either pure or hybrid.   It is then of no surprise that the first battery Gigafactory announcement in Europe came from a Swedish company called Northvolt (previously SGF Energy).

The Li-ion factory will open in 4 steps, with each one adding 8 GWh of production capacity. This gives a projected final output of 32 GWh, but if higher energy cathodes are developed, 40-50 GWh capacity can be envisioned. A site has not yet been identified, but the choice has been narrowed down to 6-7 locations, all of them in the Scandinavian region. The main reasons to establish a Gigafactory there boil down to the low electricity prices (hydroelectric energy), presence of relevant mining sites, and the presence of local know-how from the pulp & paper industry.   After a long search for a European champion in the EV market, it finally seems that Sweden has accepted to take the lead, and compete with giants like BYD and rising stars like Tesla. This could be the wake-up call for many other European car makers, which have been rather bearish towards EV acceptance despite many bold announcements.   To learn more about IDTechEx’s view on electric vehicles, and our projections up to 2037, please check our master report on the subject http://www.IDTechEx.com/ev .

Top image source: Volvo Cars Learn more at the next leading event on the topic: Business and Technology Insight Forum. Korea 2017 on 19 – 21 Sep 2017 in Seoul, Korea hosted by IDTechEx.

More Information on ‘NextGen Magnum SuperCap-Battery Pack’ that could propel a Tesla Model ‘S’ 90% farther (almost double) and cost 1/2 (one-half) as much: Video