A battery that can be charged in seconds, has a large capacity and lasts ten to twelve years? Certainly, many have wanted such a thing. Now the FastStorageBW II project – which includes Fraunhofer – is working on making it a reality. Fraunhofer researchers are using pre-production to optimize large-scale production and ensure it follows the principles of Industrie 4.0 from the outset.

Imagine you’ve had a hectic day and then, to cap it all, you find that the battery of your electric vehicle is virtually empty. This means you’ll have to take a long break while it charges fully. It’s a completely different story with capacitors, which charge in seconds. However, they have a different drawback: they store very little energy.

In the FastStorageBW II project, funded by the Baden-Württemberg Ministry of Economic Affairs, researchers from the Fraunhofer Institute for Manufacturing Engineering and Automation IPA in Stuttgart, together with colleagues from the battery manufacturer VARTA AG and other partners, are developing a powerful hybrid storage system that combines the advantages of lithium-ion batteries and supercapacitors.

“The PowerCaps have a specific capacity as high as lead batteries, a long life of ten to twelve years, and charge in a matter of seconds like a supercapacitor,” explains Joachim Montnacher, Head of the Energy business unit at Fraunhofer IPA. What’s more, PowerCaps can operate at temperatures of up to 85 degree Celsius. They withstand a hundred times more charge cycles than conventional battery systems and retain their charge over several weeks without any significant losses due to self-discharge. 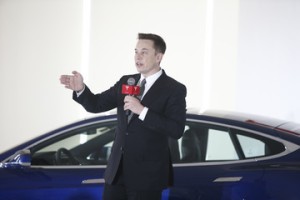 Also Read About: Supercapacitor breakthrough suggests EVs could charge in seconds but with a trade-off

“Supercapacitors may be providing an alternative to electric-car batteries sooner than expected, according to a new research study. Currently, supercapacitors can charge and discharge rapidly over very large numbers of cycles, but their poor energy density per kilogram —- at just one twentieth of existing battery technology — means that they can’t compete with batteries in most applications. That’s about to change, say researchers from the University of Surrey and University of Bristol in conjunction with Augmented Optics.

The Fraunhofer IPA researchers’ main concern is with manufacturing: to set up new battery production, it is essential to implement the relevant process knowledge in the best possible way.

After all, it costs millions of euros to build a complete manufacturing unit. “We make it possible for battery manufacturers to install an intermediate step – a small-scale production of sorts – between laboratory production and large-scale production,” says Montnacher. “This way, we can create ideal conditions for large-scale production, optimize processes and ensure production follows the principles of Industrie 4.0 from the outset. Because in the end, that will give companies a competitive advantage.” Another benefit is that this cuts the time it takes to ramp up production by more than 50 percent.

For this innovative small-scale production setup, researchers cleverly combine certain production sequences. However, not all systems are connected to each other – at least, as far as the hardware is concerned. More often, it is an employee that carries the batches from one machine to the next. Ultimately, it is about developing a comprehensive understanding of the process, not about producing the greatest number of products in the shortest amount of time. For example, this means clarifying questions such as if the desired quality can be reproduced. The systems are designed as flexibly as possible so that they can be used for different production variations.

As far as software is concerned, the systems are thoroughly connected. Like process clusters, they are also equipped with numerous sensors, which show the clusters what data to capture for each of the process steps. They communicate with one another and store the results in a cloud. Researchers and entrepreneurs can then use this data to quickly analyze which factors influence the quality of the product – Does it have Industrie 4.0 capability? Were the right sensors selected? Do they deliver the desired data? Where are adjustments required?

Fraunhofer IPA is also applying its expertise beyond the area of production technology: The scientists are developing business models for the marketing of battery cells, they are analyzing resource availability, and they are optimizing the subsequent recycling of PowerCaps.