What are quantum dots?

Quantum dots, or QDs, are semiconductor nanoparticles or nanocrystals, usually in the range of 2-10 nanometers (10-50 atoms) in size. Their small size and high surface-to-volume ratio affects their optical and electronic properties and makes them different from larger particles made of the same materials. Quantum dots confine the motion of conduction band electrons, valence band holes, or excitons (bound pairs of conduction band electrons and valence band holes) in all three spatial directions. Quantum dots are also sometimes referred to as ‘artificial atoms’, a term that emphasizes that they are a single object with bound, discrete electronic states, similarly to naturally occurring atoms or molecules.

Many types of quantum dot are fluorescent – they emit light of specific frequencies if electricity or light is applied to them. These frequencies can be tuned by changing the dots’ size, shape and material, opening the door to diverse applications. Generally speaking, smaller dots appear blue while larger ones tend to be more red. Specific colors also vary depending on the exact composition of the QD.
Applications

Thanks to their highly tunable properties, QDs are attracting interest from various application developers and researchers. Among these potential applications are displays, transistors, solar cells, diode lasers, quantum computing, and medical imaging. Additionally, their small size enables QDs to be suspended in solution, which leads to possible uses in inkjet printing and spin-coating. These processing techniques may result in less-expensive and less time consuming methods of semiconductor fabrication. Quantum dots are considered especially suitable for optical applications, thanks to their ability to emit diverse colors, coupled with their high efficiencies, longer lifetimes and high extinction coefficient.

Their small size also means that electrons do not have to travel as far as with larger particles, thus electronic devices can operate faster. Examples of applications that take advantage of these electronic properties include transistors, solar cells, quantum computing, and more. QDs can greatly improve LED screens, offering them higher peak brightness, better colour accuracy, higher color saturation and more. QDs are also very interesting for use in biomedical applications, since their small size allows them to travel in the body, thus making them suitable for applications like medical imaging, biosensors, etc. 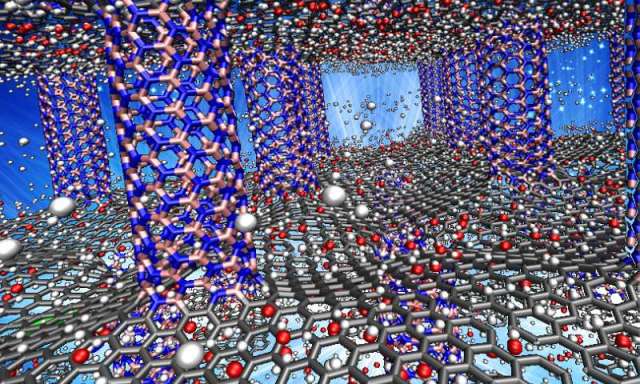 Graphene is a material made of carbon atoms that are bonded together in a repeating pattern of hexagons. Graphene is so thin that it is considered two dimensional. Graphene’s flat honeycomb pattern gives it many extraordinary characteristics, such as being the strongest material in the world, as well as one of the lightest, most conductive and transparent. Graphene has endless potential applications, in almost every industry (like electronics, medicine, aviation and much more). 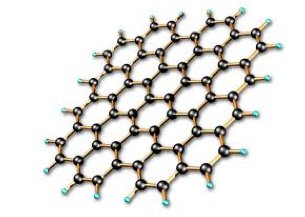 Graphene structure photo
The single layers of carbon atoms provide the basis for many other materials. Graphite, like the substance found in pencil lead, is formed by stacked graphene. Carbon nanotubes are made of rolled graphene and are used in many emerging applications from sports gear to biomedicine. 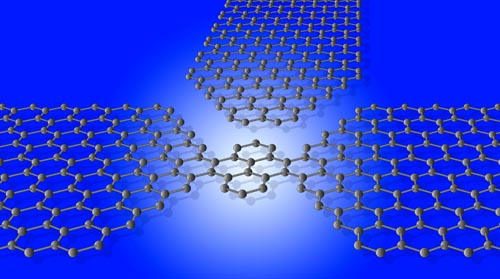 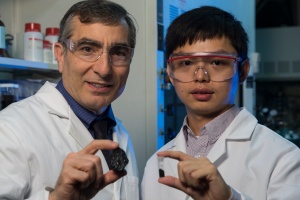 The synthesis of graphene quantum structures, such as graphene quantum dots, has become a popular topic in recent years. While graphene usually does not have a bandgap – which is a problem for many applications – graphene quantum dots do contain a bandgap due to quantum confinement and edge effects, and that bandgap modifies graphene’s carrier behaviors and can lead to versatile applications in optoelectronics. GQDs were also found to have four quantum states at a given energy level, unlike semiconductor quantum dots, which have only two. These additional quantum states, according to researchers, could make GQDs beneficial for quantum computing.
Additional properties of GQDs such as high transparency and high surface area have been proposed for energy and display applications. Because of the large surface area, electrodes using GQDs are applied for capacitors and batteries. Various techniques have been developed to produce GQDs. Top-down methods include solution chemical, microwave, and ultrasonic methods. Bottom-up methods include hydrothermal and electrochemical methods. 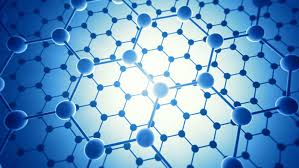 Graphene Quantum Dots in the News

In January 2017, Dotz Nano, a nanotechnology company focused on the development, manufacture and commercialization of graphene quantum dots (GQDs), signed a marketing agreement with Strem Chemicals, a manufacturer and distributor of specialty chemicals headquartered in the U.S.

Strem Chemicals will aim to facilitate sales of Dotz’s GQDs to academic, industrial and government research and development laboratories, as well as commercial businesses using GQDs for research purposes.

In June 2014, researchers from Samsung Electronics (and Korea’s Kyung Hee University) developed flash devices based on graphene quantum dots (GQDs). The performance of such a device is promising, with an electron density that is comparable to semiconductor and metal nanocrystal based memories. Those flash memory can also be made flexible and transparent.