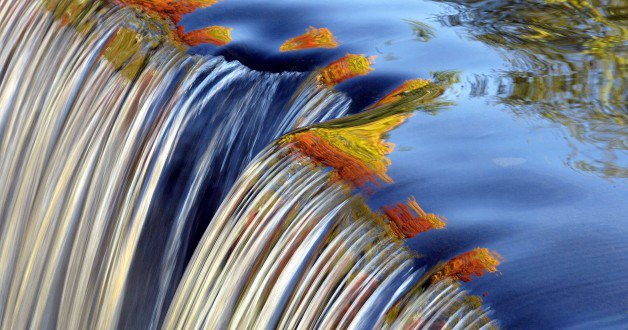 In the 2015 World Economic Forum’s Global Risks Report survey participants ranked Water Crises as the biggest of all risks, higher than Weapons of Mass Destruction, Interstate Conflict and the Spread of Infectious Diseases (pandemics). Our dependence on the availability of fresh water is well documented, and the United Nations World Water Development Report 2015 highlights a 40% global shortfall between forecast water demand and available supply within the next fifteen years. Agriculture accounts for much of the demand, up to 90% in most of the world’s least-developed countries, and there is a clear relationship between water availability, health, food production and the potential for civil unrest or interstate conflict.

The looming crisis is not limited to water for drinking or agriculture. Heavy metals from urban pollution are finding their way into the aquatic ecosystem, as are drug residues and nitrates from fertilizer use that can result in massive algal blooms. To date, there has been little to stop this accretion of pollutants and in closed systems such as lakes these pollutants are being concentrated with unknown long term effects.

While current solutions such as reverse osmosis exist, and are widely used in the water desalination of seawater, the water they produce is expensive. This is because high pressures are required to force the waster through a membrane and maintaining this pressure requires around 2kWh for every cubic meter of water. While this is less of an issue for countries with cheap energy, it puts the technology beyond the reach of most of the world’s population.

Any new solution for water issues needs to be able to demonstrate precise control over pore sizes, be highly resistant to fouling and significantly reduce energy use, a mere 10% won’t make a difference. Nanotechnology has long been seen as a potential solution. Our ability to manipulate matter on the scale of a few atoms allows scientists to work at the same scale as mot of the materials that need to be removed from water — salts, metal ions, emulsified oil droplets or nitrates. In theory then it should be a simple matter of creating a structure with the correct size nanoscale pores and building a better filter.

Ten years ago, following discussions with former Israeli Prime Minister Shimon Peres, I organised a conference in Amsterdam called Nanowater to look at how nanotechnology could address global water issues. While the meeting raised many interesting points, and many companies proposed potential solutions, there was little subsequent progress.

Rather than a simple mix of one or two contaminants, most real world water can contain hundreds of different materials, and pollutants like heavy metals may be in the form of metal ions that can be removed, but are equally likely to be bound to other larger pieces of organic matter which cannot be simply filtered through nanopores.  In fact the biggest obstacle to using nanotechnology in water treatment is the simple fact that small holes are easily blocked, and susceptibility to fouling means that

Fortunately some recent developments in the ‘wonder material’ graphene may change the economics of water. One of the major challenges in the commercialisation of graphene is the ability to create large areas of defect-free material that would be suitable for displays or electronics, and this is a major research topic in Europe where the European Commission is funding graphene research to the tune of a billion euros. Simultaneously there are vast efforts inside organisations such as Samsung and IBM. While defects are not wanted for electronic applications, recent research by Nobel Prize winner Andrei Geim and Rahul Nair has indicated that in graphene oxide they result in a barrier that is highly impermeable to everything except water vapour. However, precisely controlling the pore size can be difficult.

While all of the above show that graphene has prospects for use as a filter medium, what about the usual limiting issue, membrane fouling? Fortunately another property of graphene is that it can be hydrophilic, it repels water, and protein absorption has been reported to have been reduced by over 70% in bioreactor tests. Many other groups are working on the use of graphene oxide and graphene nanoplatelets as an anti-fouling coating.

While the graphene applications discussed so far address one or two of the issues, it seems that thin films of graphene oxide may be able to provide the whole solution. Miao Yu and his team at the University of South Carolina have fabricated membranes that deliver very high flux and do not foul. Fabrication is handled by adding a thin layer of graphene to an existing membrane, as distinct from creating a membrane out of graphene, something which is far harder to do and almost impossible to scale up.

Getting a high flux is crucial to desalination applications where up to 50% of water costs are caused by pressurising water for transmission through a membrane.  Performance tests reveal around 100% membrane recovery simply by surface water flushing and pure water flux rates (the amount of water that the membrane transmits) are two orders of magnitude higher than conventional membranes. This is the result of the spacing between the graphene plates that allows the passage of water molecules via nanoscale capillary action but not contaminants. 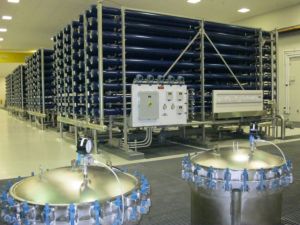 Non-fouling is crucial for all applications, and especially in oil/water separation as most of what is pumped out of oil wells is water mixed with a little oil.

According to G2O Water, the UK company commercialising Yu’s technology, the increased flux rates are expected to translate directly into energy savings of up to 90% for seawater desalination. Energy savings on that scale have the potential to change the economics of desalination with smaller plants powered by renewable energy and addressing community needs replacing the power hungry desalination behemoths currently under construction such as the Carlsbad Project. This opens the possibility of low-cost water in areas of the world where desalination is currently too expensive or there is insufficient demand to justify large scale infrastructure.

While more work is required to build a robust and cost-effective filtration system, the new ability to align sheets of graphene so that water but nothing else is transmitted may be the simple game-changer that allows the world to finally address the growing water crisis.

Image: The colors of Fall can be seen reflected in a waterfall along the Blackberry River in Canaan, Connecticut REUTERS/Jessica Rinaldi