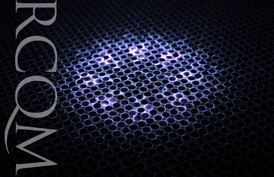 Just as alchemists always dreamed of turning common metal into gold, their 19th century physicist counterparts dreamed of efficiently turning heat into electricity, a field called thermoelectrics. Such scientists had long known that, in conducting materials, the flow of energy in the form of heat is accompanied by a flow of electrons. What they did not know at the time is that it takes nanometric-scale systems for the flow of charge and heat to reach a level of efficiency that cannot be achieved with larger scale systems. Now, in a paper published in EPJ B Barbara Szukiewicz and Karol Wysokiński from Marie Curie-Skłodowska University, in Lublin, Poland have demonstrated the importance of thermoelectric effects, which are not easily modelled, in nanostructures.

Since the 1990s, scientists have looked into developing efficient energy generation from nanostructures such as quantum dots. Their advantage: they display a greater energy conversion efficiency leading to the emergence of nanoscale thermoelectrics. The authors evaluate the thermoelectric performance of models made of two quantum dots—which are coupled electrostatically—connected to two electrodes kept at a different temperature and a single quantum dot with two levels. First, they using the theoretical approach based on approximations to calculate the so-called thermoelectric figure of merit, expected to be high for systems with high energy conversion efficiency. Then, they calculated the charge and heat fluxes as a means to define the efficiency of the system.

They found that the outcomes of the direct calculations giving the actual—as opposed to theoretical—performance of the system were less optimistic. For most parameters with an excellent performance, calculated predictions turned out to be surprisingly poor. These findings reveal that effects that are not easily formalized using equations are important at the nanoscale. This, in turn, calls for new ways to optimize the structures before they can be used for nanoscale energy harvesting.