Peter De Dobbelaere, PhD has spent nearly two decades at the intersection of optics and electronics. He is currently Vice President of Engineering at Luxtera – a market leader in Silicon Photonics (Full disclosure: my venture firm Lux Capital is an equity investor in Luxtera). We sat down for an exclusive interview to understand the state of the industry.

Nanophotonics sounds complex. How would you explain this technology to someone you met in the supermarket?

The idea behind Nanophotonics (or Silicon Photonics) is actually quite simple: take the world’s fastest communication technology (light), and build it directly into semiconductor chips using well-known and massively scalable production processes.

The goal is to take the same optics functions that have traditionally been done with esoteric and expensive parts and processes and bring them into a regular chip fabrication facility. This allows you to build off of the existing multibillion-dollar investments made by the semiconductor industry, instead of having to create a new manufacturing line for every new product. It also allows for integration with other computer circuits – combining many valuable functions into one small package.

These manufacturing platforms and broad scale integration are the same key drivers that have enabled the industry to produce low cost iPhones, tablets, and laptop PCs, as well as the millions of servers, switches, and routers that power the Internet. As we build the next generations of servers and connect them together, we need a technology like Silicon Photonics to leverage that same infrastructure to meet the incredible demand for high-speed data throughput at an acceptable cost.

IBM recently made a big announcement in this space. What are they working on?

This is an area IBM cares about because the rapid expansion of bandwidth in datacenters is creating many challenges that Silicon Photonics are likely to play a fundamental role in addressing. While the press release did not provide too many specific details, IBM did announce an important accomplishment in successfully integrating photonics on standard CMOS circuits. This is equivalent to a milestone Luxtera hit over four years ago, prior to entering full production with our technology.

How does Luxtera’s technology differ from IBM’s?

In some aspects, the technology announced by IBM is similar to what Luxtera announced in 2008 – it is based on a standard 200mm CMOS process in a commercial fabrication facility. It is likely that this technology, like Luxtera’s, can be used to build optical transceiver chips operating in the 10Gb data rate. 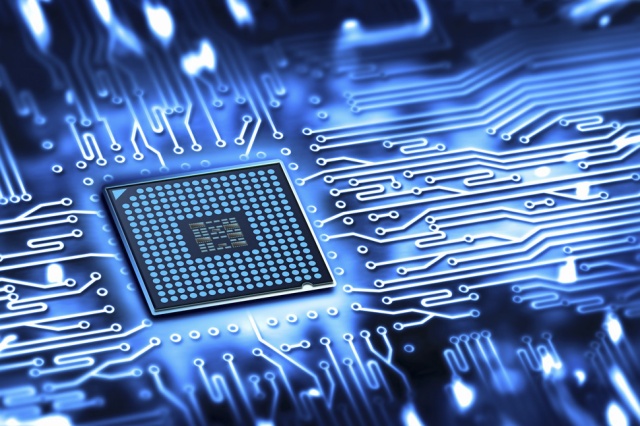 What is unclear is how IBM plans to build actual products. In addition to the Silicon Photonics processes and chip design, Luxtera has developed a suitable light source and cost effective methods to get light in and out of the chips and how to package these cost effectively in a product. IBM also talks about using multiple wavelengths (WDM) of light in their devices. This is an approach we demonstrated in 2007, but through extensive work in commercializing the technology to meet customer needs, we’ve focused on more low-power and cost-effective solutions using a single-wavelength laser for multiple channels. To enhance bandwidth further, the single-wavelength approach is extensible through the use of advanced modulation similar to what the industry has used for electrical interconnect to keep costs down as bandwidth increases.

IBM announced chips made on a 90-nanometer process – what does that mean?

90-nanometers refers to the feature size for the design process they are using. In simple terms, smaller is usually better (our continued ability to shrink our circuits have helped give rise to Moore’s Law – doubling chip performance every 18 months). 90nm is far from our latest technology node – the industry is already working on 14nm processes.

In 2008, Luxtera also produced a fully-integrated device on a similar process, but we deemed these “older transistors” too slow for next generation applications that require 25Gb speed. So instead of trying to chase Moore’s law, we believe the industry will evolve to use a hybrid approach – integrating the latest transistors from any factory with Silicon Photonics. This approach is similar to trends we see in high-volume wireless chipsets, allowing increased flexibility to designers. It is doubtful that fully-integrated 90nm chips will enable power efficient operation at the data rates the industry is demanding.

What are the latest developments inside Luxtera?

Luxtera has been making critical progress in both R&D and volume production; we recently began sampling the industry’s 1st 100Gb chipset. Additionally, we announced that we shipped over 1 million 10Gb channels. We continue volume production today of our 40Gb and 56Gb products, and will end the year having shipped over 2 million total channels and amassed a mountain of production data. This experience is enabling a platform capable of delivering tens of millions of devices a year.

Where are so many devices being used?

Many system-makers are beginning to replace the interfaces that traditionally used copper wires with optical fibers. One good example are the backplanes for servers and switches within data centers – our chips are enabling the transition from copper to fiber optics and are slated to drive those fibers.

We are also seeing that Luxtera’s Silicon Photonics technology platform is going to play a pivotal role in the adoption of 100Gb speeds in the data center. A key issue here is interconnecting the countless servers that make up the cloud. The architectures favored by these installations require connections that span 100-500 meters. As you push the data rate to 100Gb, the industry has found that legacy technologies such as copper traces and multimode fiber are unable to deliver. This is helping to catalyze significant demand for our 100Gb products.

What about Intel’s efforts in this area?

Both IBM and Intel have done outstanding work in silicon photonics. As clear leaders in semiconductors, they recognize the need to move Silicon Photonics from R&D towards production.  Both companies are playing with different designs and architectures. We believe that these companies will run into similar constraints as we did when we brought this technology through commercialization.

When do you see a broad transition to Silicon Photonics taking place?

This is a very exciting place to be right now. Marquee system vendors are starting to demand this technology (as evidenced by Cisco’s recent acquisition of Silicon Photonics startup Lightwire). I don’t have any crystal ball, but I fully expect Silicon Photonics and Luxtera to be playing a significant role in the datacenter, mobile data and cloud data expansion in the next few years.