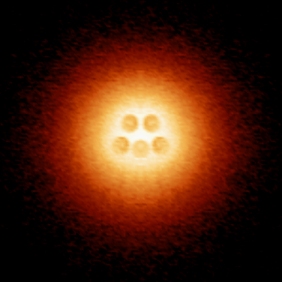 “Dr. Sargent provides us with a very detailed presentation on integrating ‘nanotechnology’ and photovoltaics. It is well recognized the ‘solar energy model’ will require advancements to lower manufacturing (production) costs and …

… “harvest” with greater efficiencies the available (and abundant) renewable source of energy from our sun.”  –  GenesisNanoTechnology

What is Nanotechnology? A basic definition: Nanotechnology is the engineering of functional systems at the molecular scale. This covers both current work and concepts that are more advanced. In its original sense, ‘nanotechnology’ refers to the projected ability to construct items from the bottom up, using techniques and tools being developed today to make complete, high performance products.

A more generalized description of nanotechnology was subsequently established by the National Nanotechnology Initiative, which defines nanotechnology as the manipulation of matter with at least one dimension sized from 1 to 100 nanometers.

This definition reflects the fact that quantum mechanical effects are important at this quantum-realm scale, and so the definition shifted from a particular technological goal to a research category inclusive of all types of research and technologies that deal with the special properties of matter that occur below the given size threshold.

It is therefore common to see the plural form “nanotechnologies” as well as “nanoscale technologies” to refer to the broad range of research and applications whose common trait is size. Because of the variety of potential applications (including industrial and military), governments have invested billions of dollars in nanotechnology research. Through its National Nanotechnology Initiative, the USA has invested 3.7 billion dollars. The European Union has invested 1.2 billion and Japan 750 million dollars

One comment on “NANOTECHNOLOGY – Photons to Electricity Nano Based Solar Cells”